On what was undoubtedly the most beautiful sunny Easter weekend on record, Rebecca and Jonathan became Mr and Mrs Ward. The courtyard was decorated with pretty bunting which had been sewn by Rebecca, who studied textiles at university and now works in the industry. Her sewing skills were certainly put to the test as she had also made all the bunting which hung in the wedding barn- all 60 metres of it! 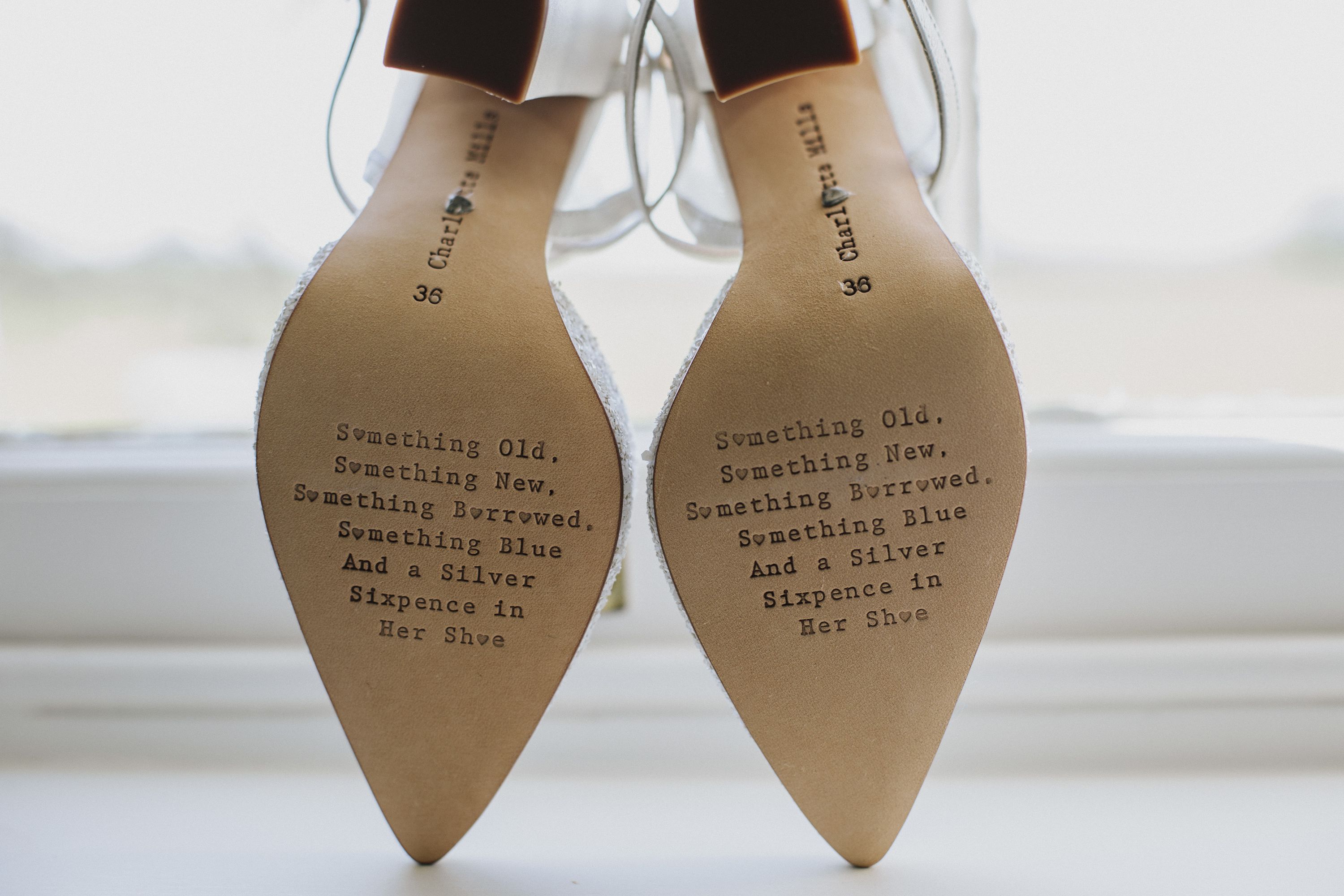 Before the ceremony, the Groom Jonathan was super relax, sat under the Lychgate whilst we prepared the chairs for the ceremony. He was jigging away to music and enjoying the beautiful sunshine and a beer. As everyone arrived, he was in floods of tears and could not contain his emotion until his bride walked down the aisle to meet him. 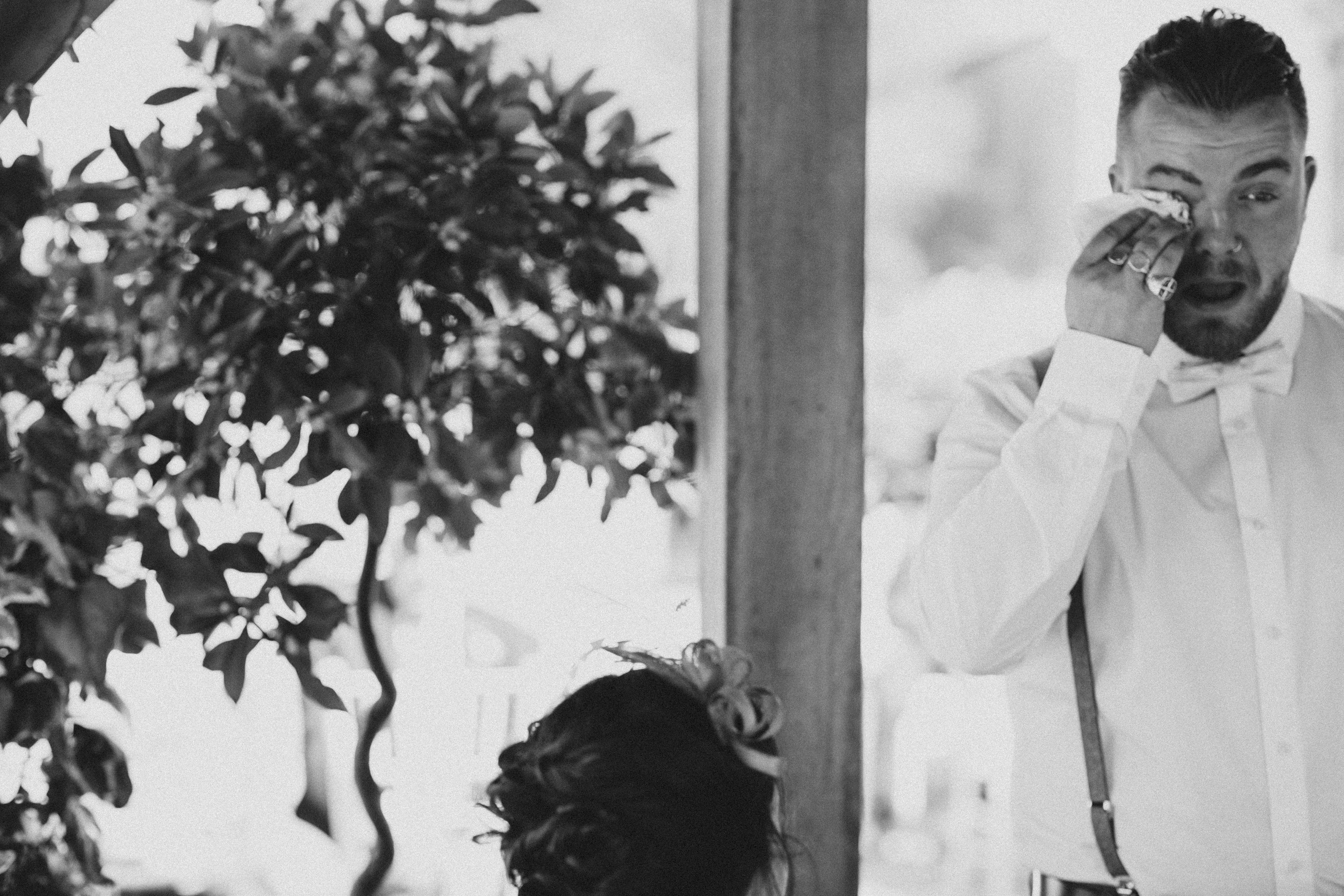 Rebecca and her Bridesmaids were getting ready together in the Manor and it was a hive of activity. Hair and makeup artists were busy and everyone was so excited. Rebecca looked stunning in her dress which had the most beautiful lace embellished train. Her Bridesmaids, Claire, Amy and Hannah, wore gorgeous mint green dresses. Eucalyptus, lily of the valley and pale pink peonies made up Rebecca’s bouquet. Peonies are known as the flower of riches and honour. With their lush, full, rounded bloom, peonies embody romance and prosperity and are regarded as an omen of good fortune and a happy marriage. Lily of the valley has the meaning of sweetness, purity and is said to bring luck in love, which is beautifully fitting for their wedding day. 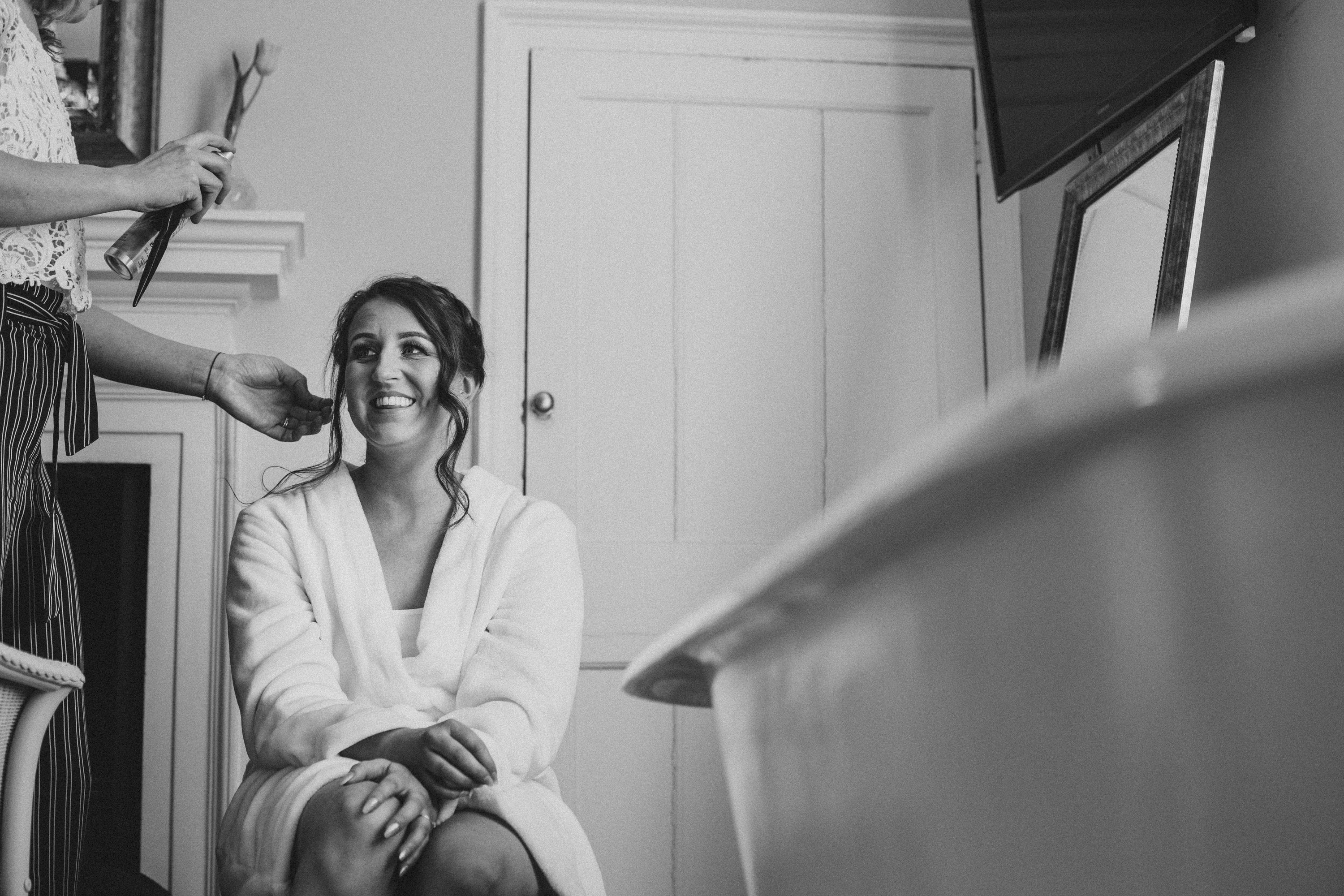 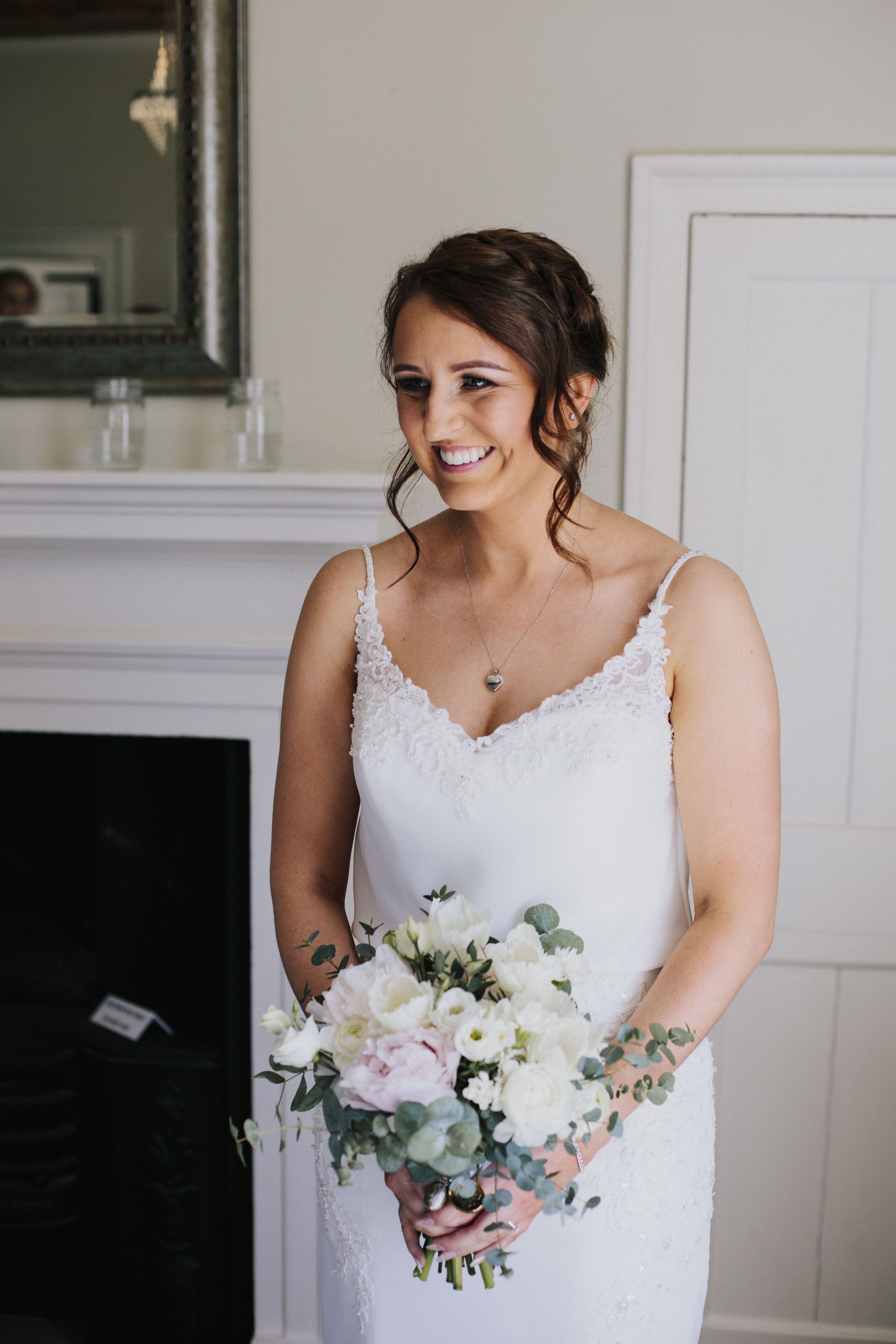 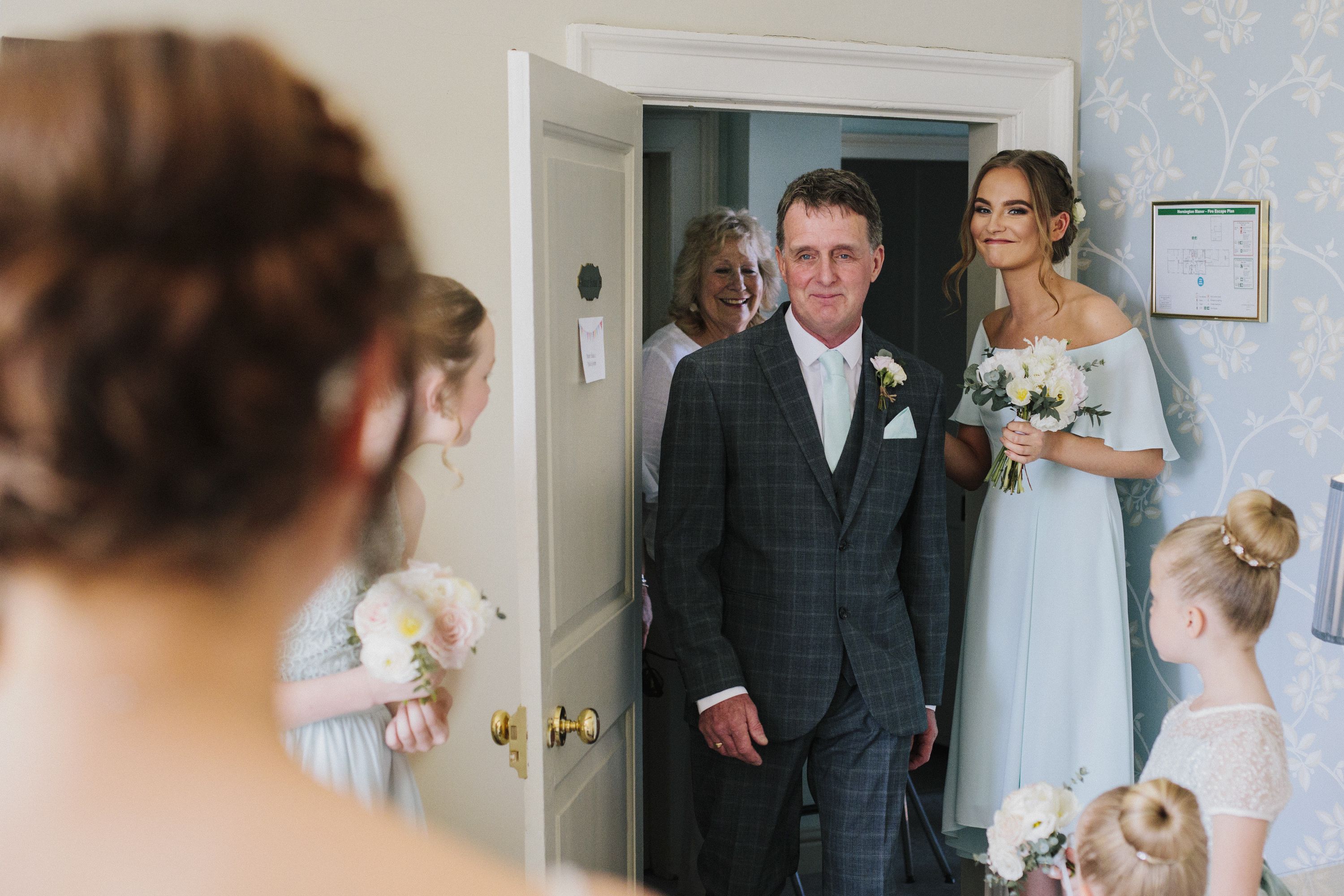 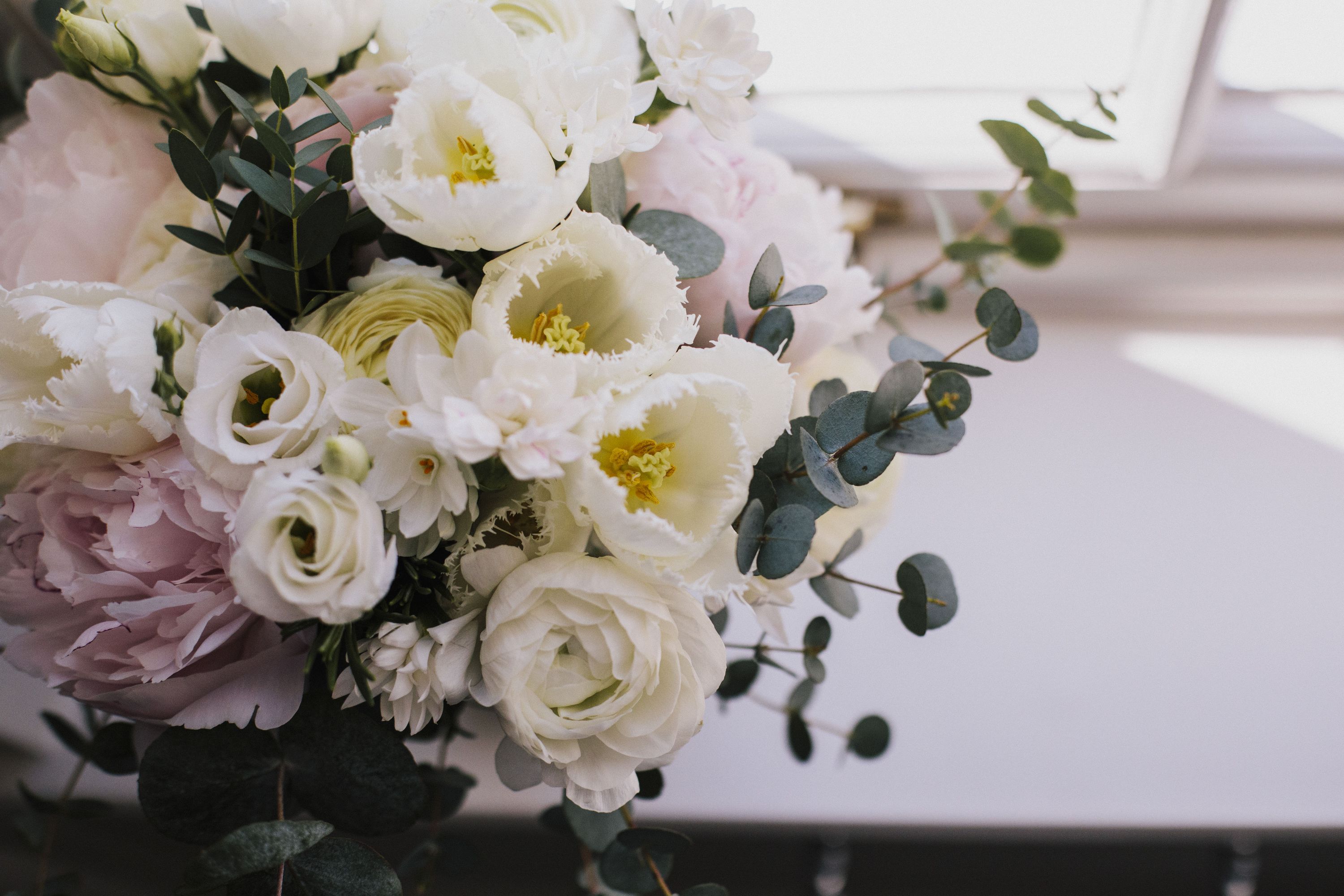 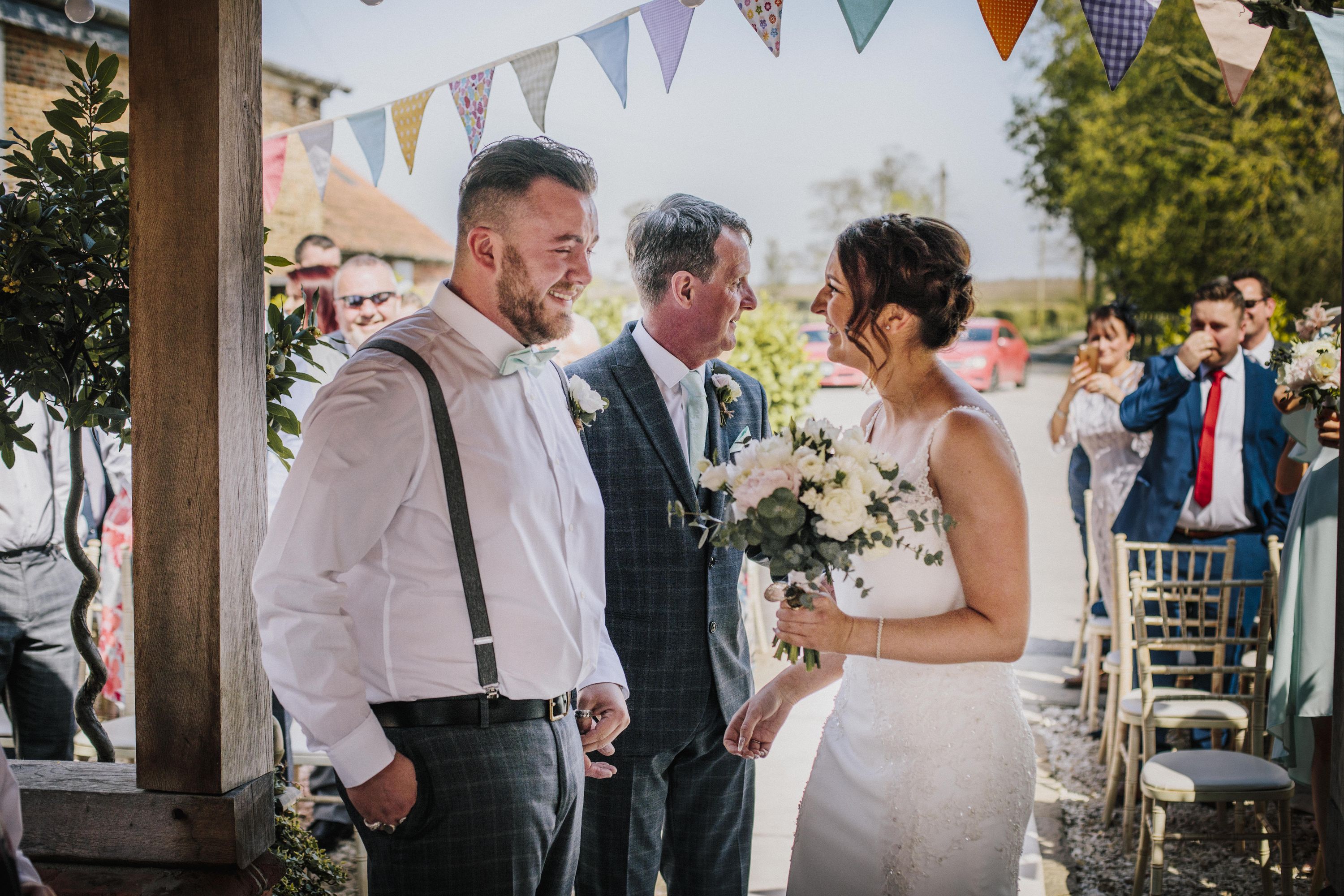 After the ceremony, everyone moved onto the front lawn where Hog and Apple served delicious canapes, Prosecco was poured from the Haha Baah and lawn games were played in the sunshine- bliss! Rebecca and Jonathan’s photographer, the amazing Craig Rodgers, captured the celebrations so perfectly. He makes our Brides and Grooms so comfortable in his company, they almost forget he is taking photos, and that really shows in the beautiful candid shots. 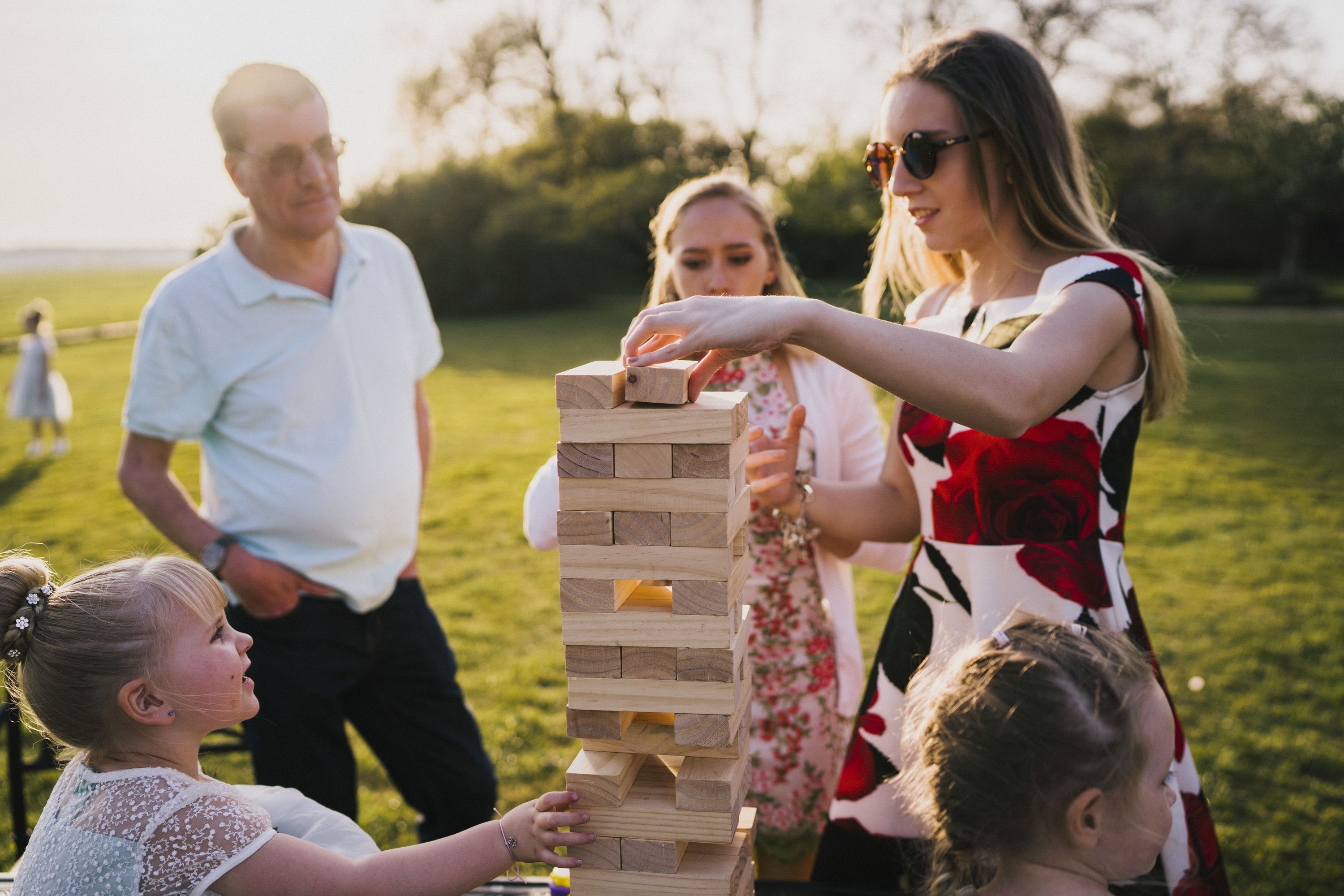 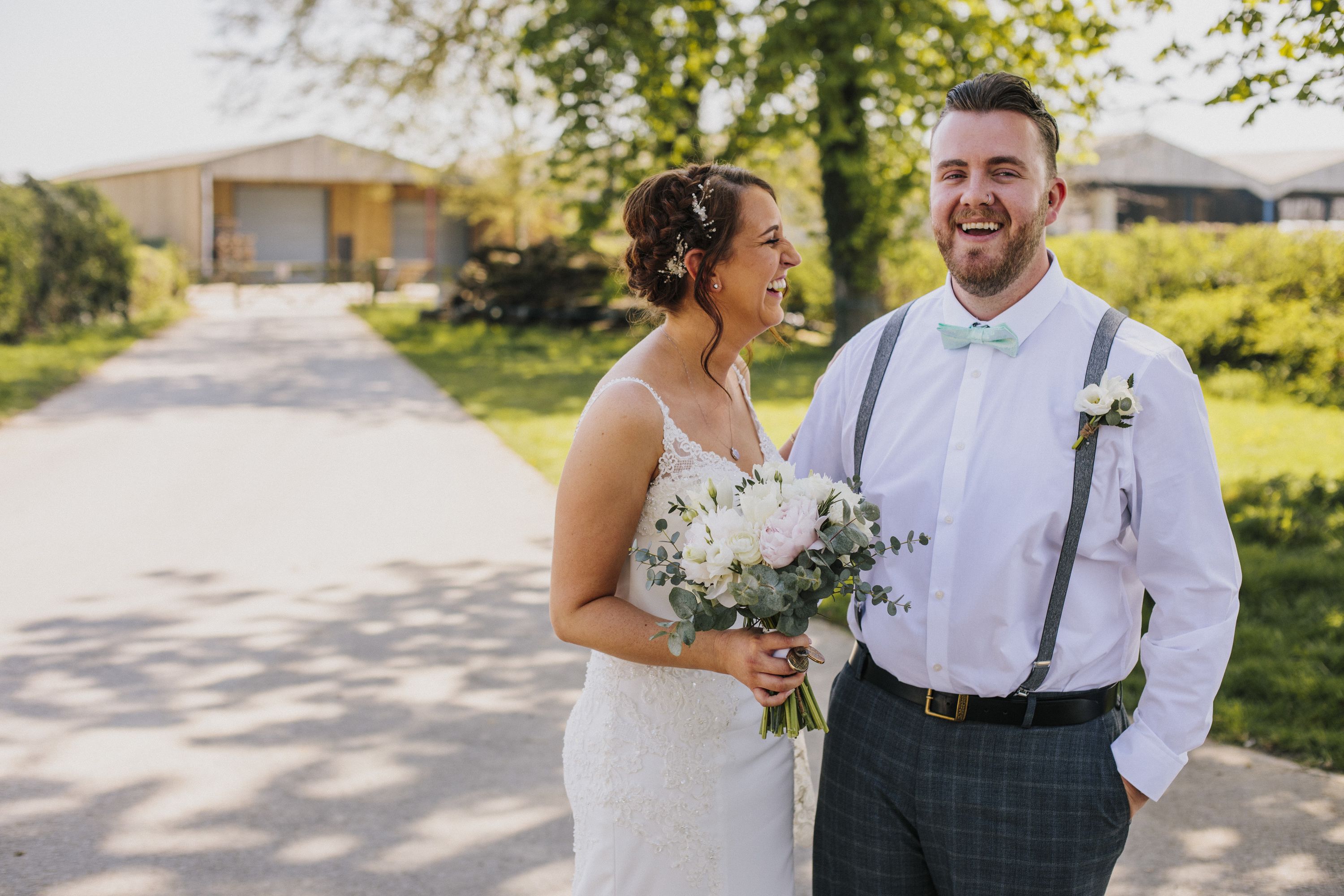 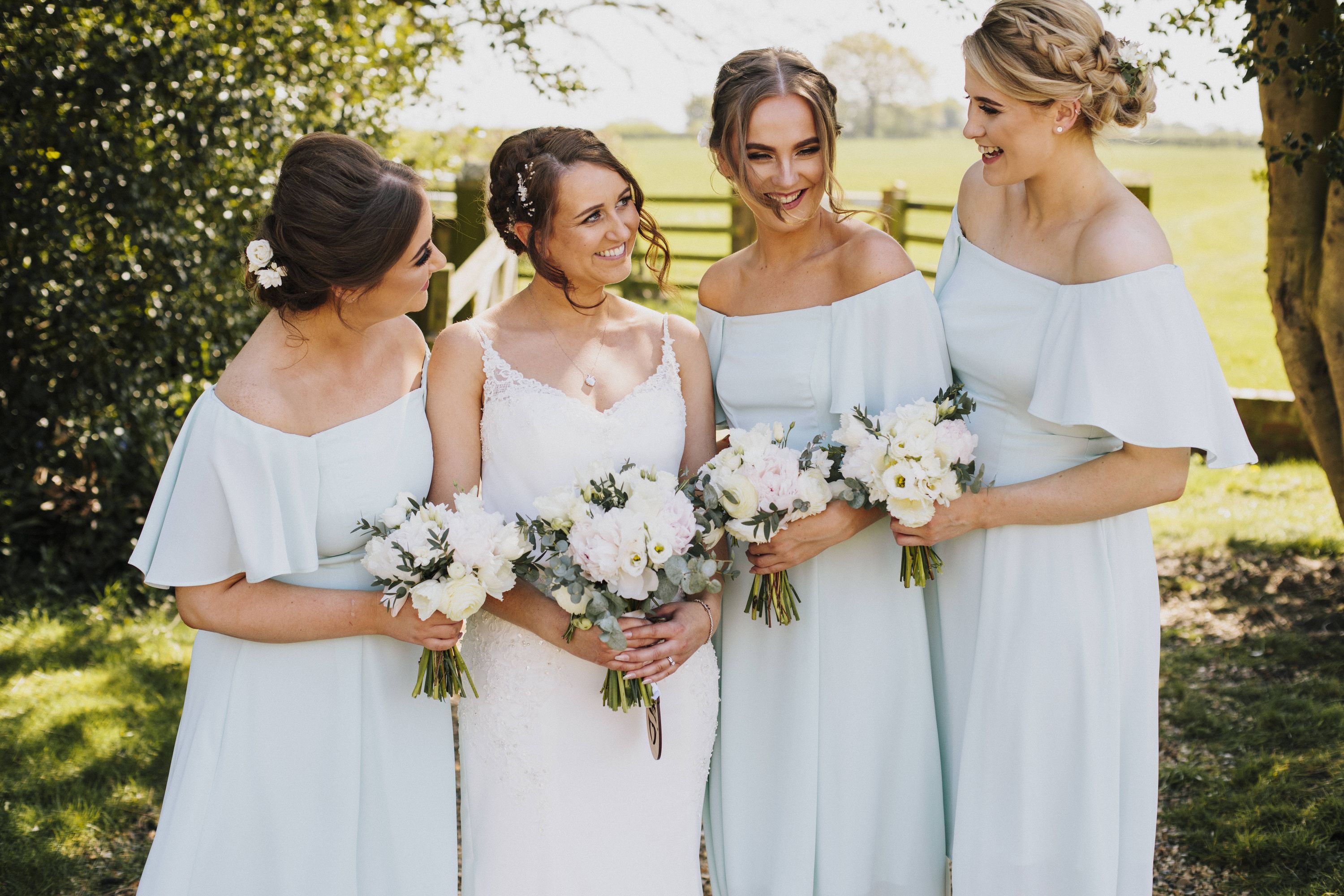 The wedding barn was decorated so beautifully with little nods to Easter, with a crème egg in a mini egg cup at each guests’ place setting, and a children’s table bursting with Easter eggs and chocolate goodies. Each centrepiece was slightly different, made up of lanterns and candles and beautiful spring blooms. Their cake was a spectacular 4-tiered masterpiece decorated with white frosting, delicate flowers and mini eggs. 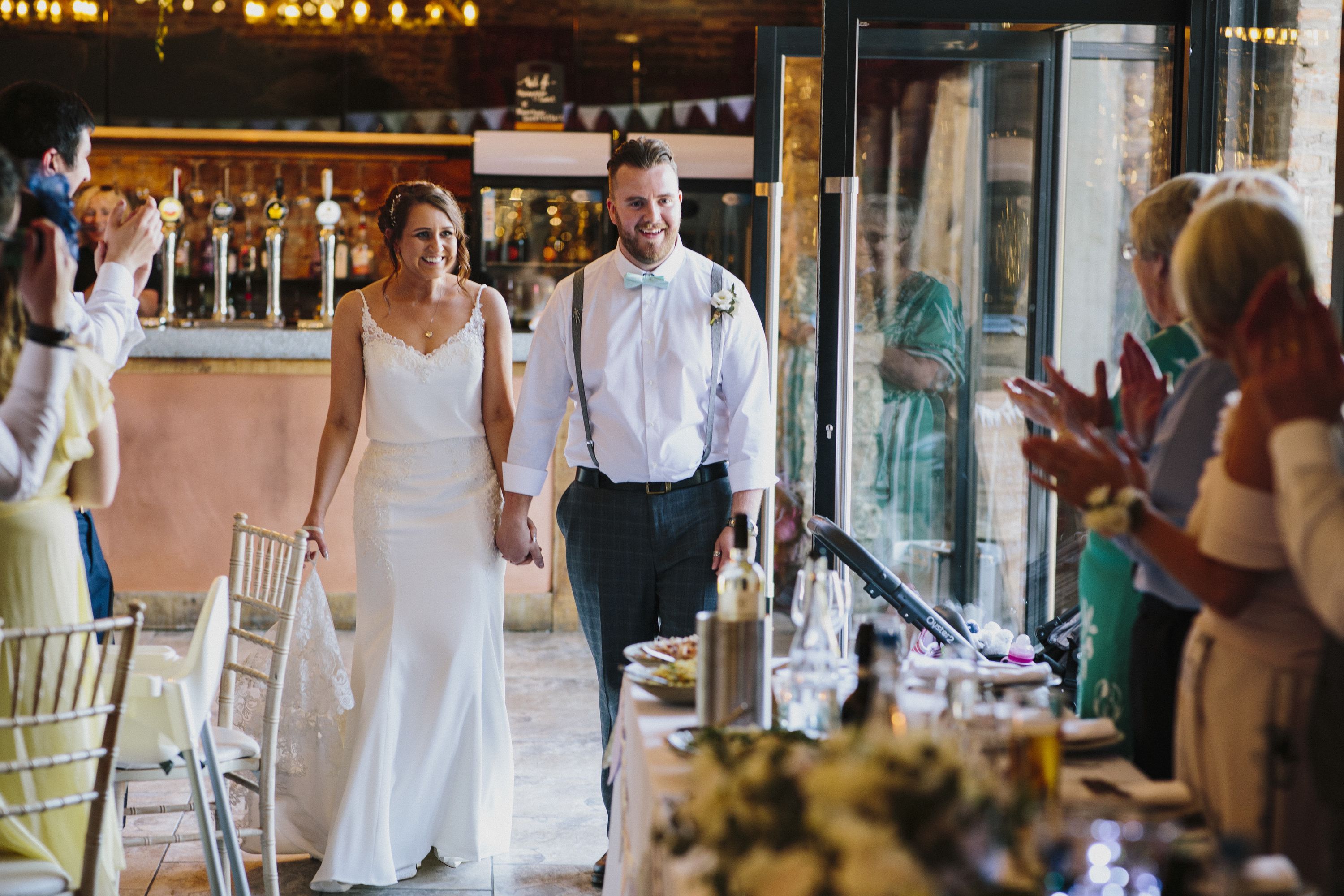 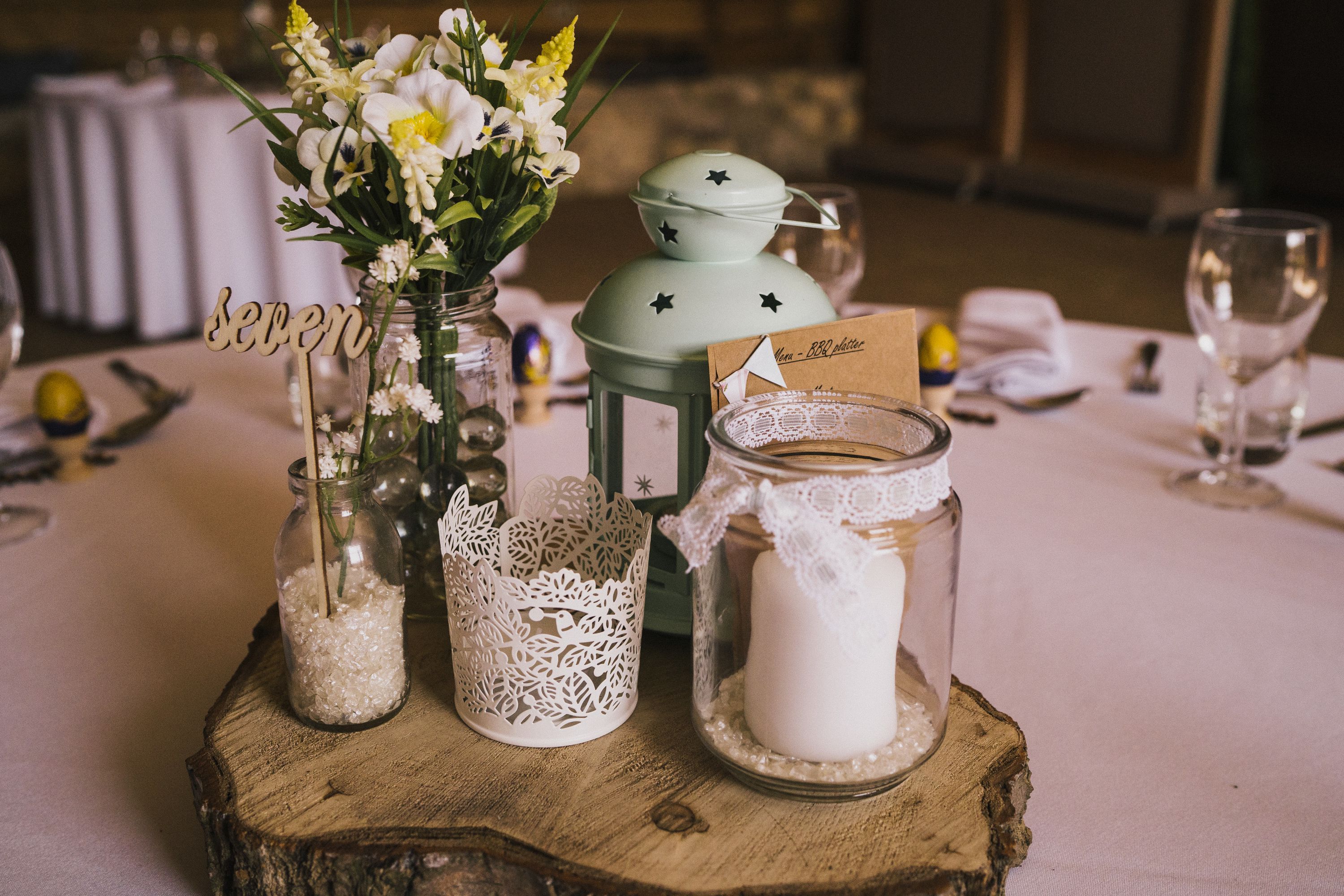 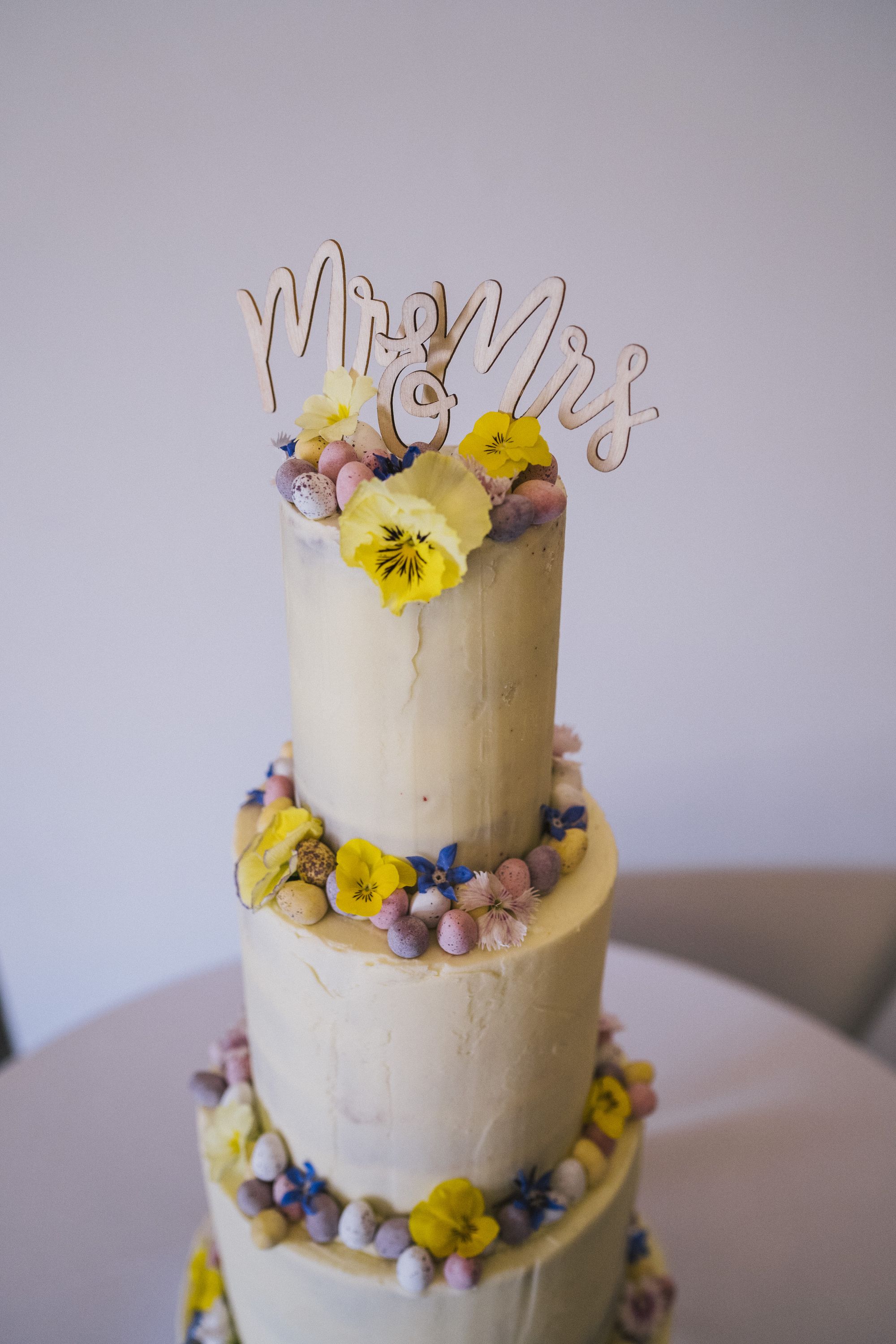 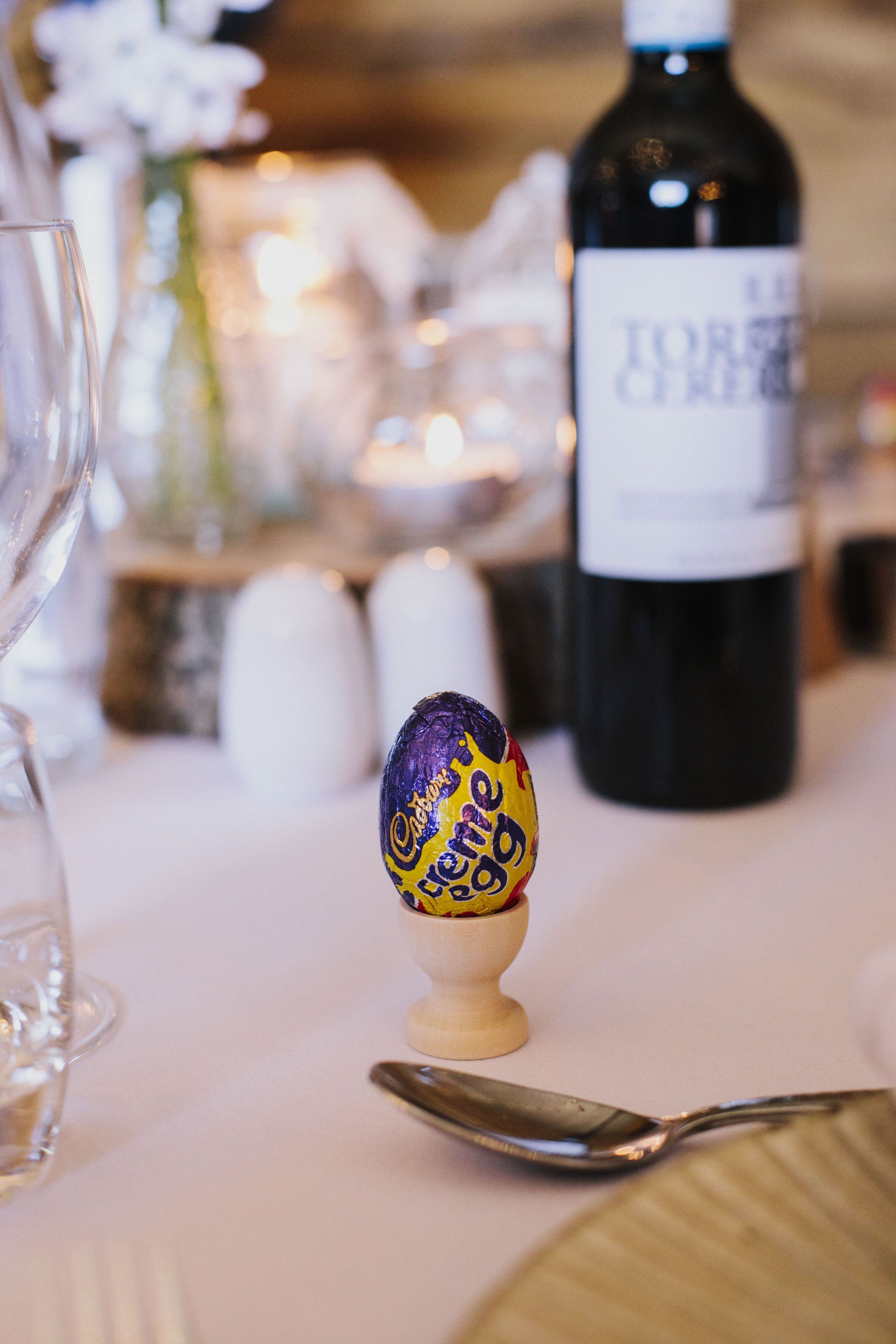 Rebecca’s Dad Terry spoke emotionally about his beautiful daughter and how proud he was to walk her down the aisle. There was a sweep stake going on for the length of time it would take for Terry to cry during his speech! 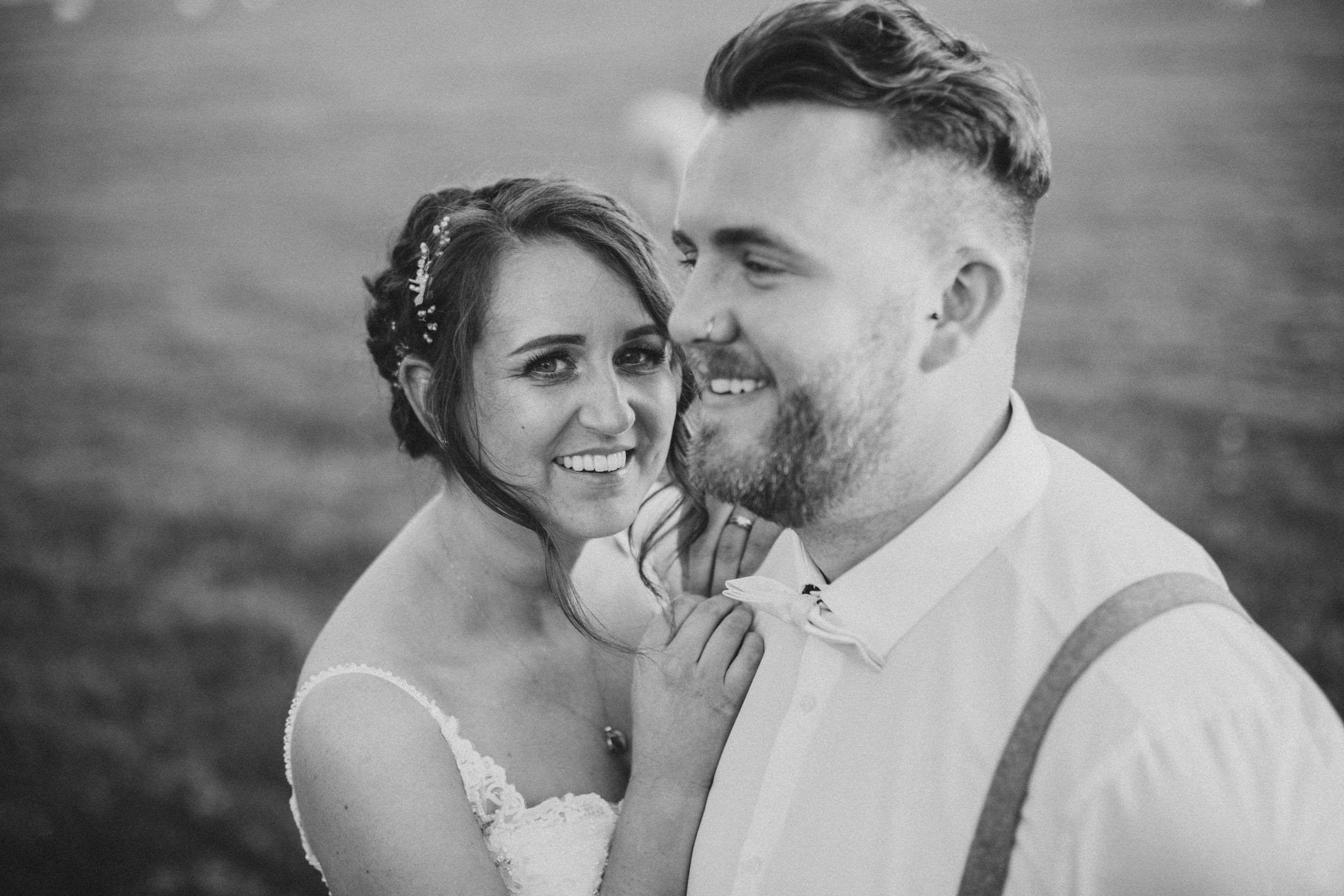 Our Groom thanked his mum and dad Jan and Ian for their constant love and support, and Rebecca’s parents Terry and Maxine for welcoming him to their family like one of their own. They have done so much for Jonathan, like cleaning his car, washing and ironing his clothes and feeding him, and not to mention Maxine gave him a job! Jonathan told us about his romantic proposal to Becci at a scenic waterfall, or at least that was the plan, but he was so nervous he basically threw the ring box at her on the footpath before they even started their walk! Of course she said yes and the rest is history. Our Groom confessed he might not be the most romantic type, but Becci is the one he can’t live without. She is beautiful inside and out and he loves her tonnes and tonnes like cream buns!! 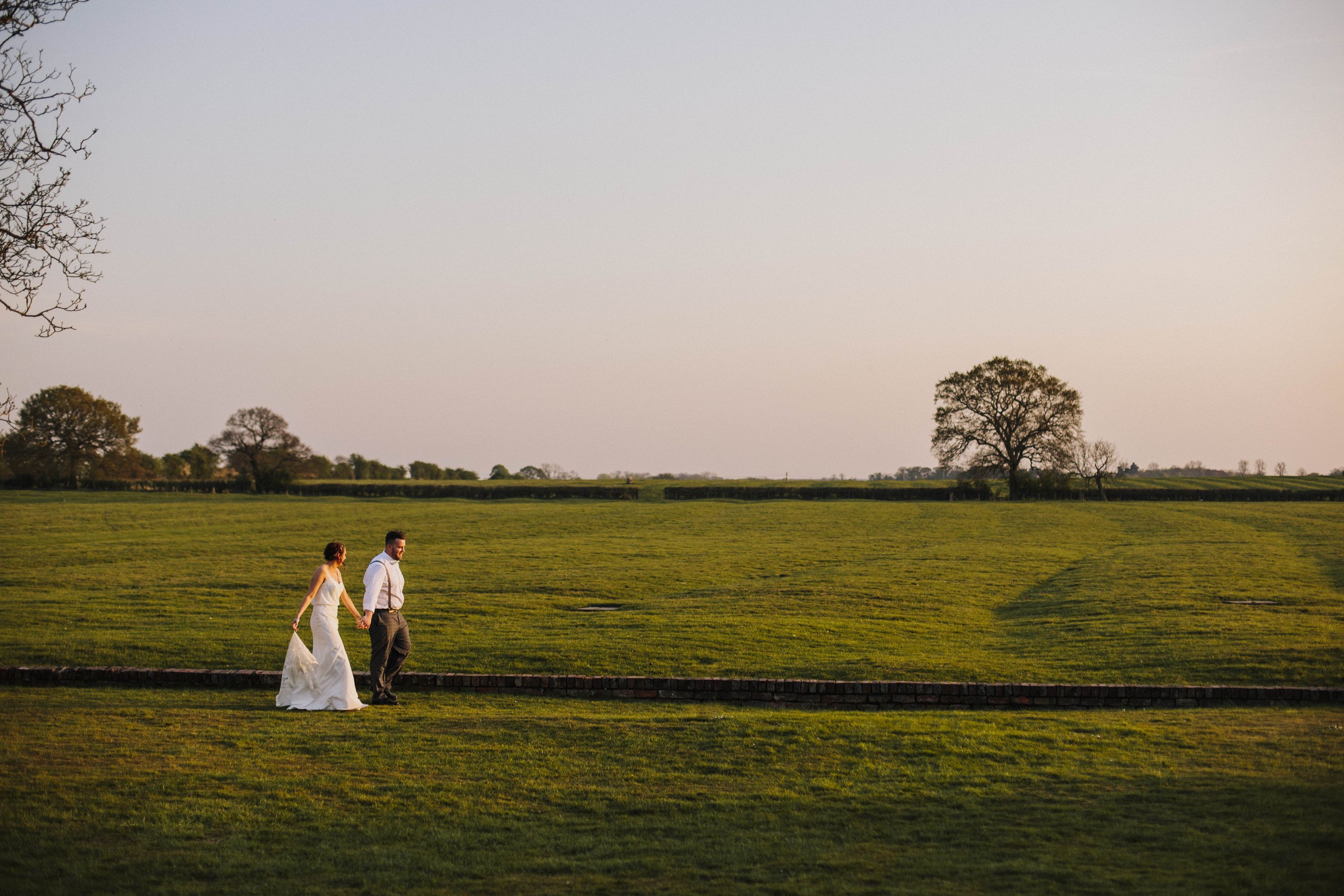 When picking his Best Man, he had a bit of a dilemma on who to choose, so in the end settled on the good the bad and the ugly!! In no particular order, Kym, Jonny (who was unfortunately too unwell to attend) and Rob, who had all been fantastic friends to Jonathan over the years. 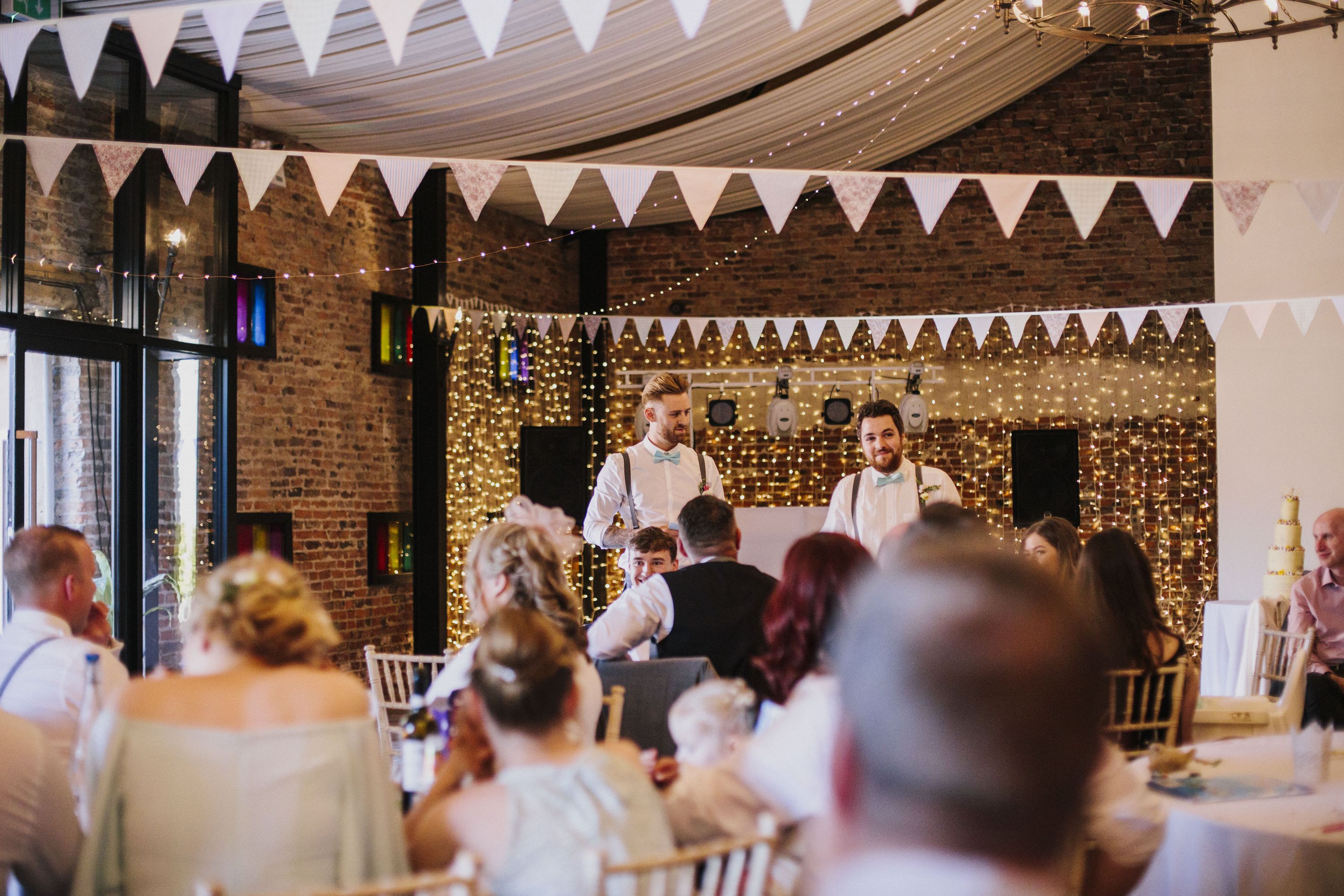 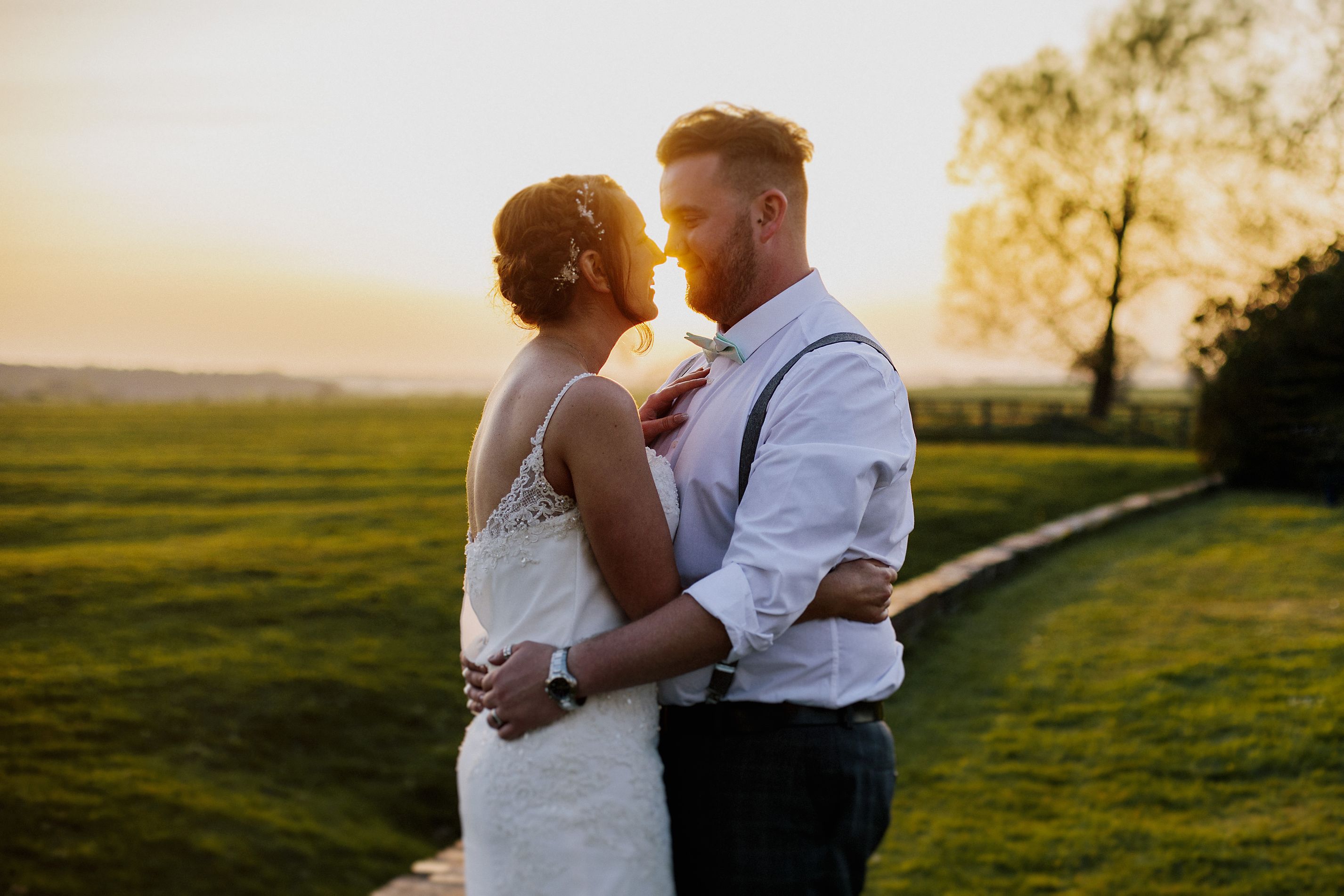 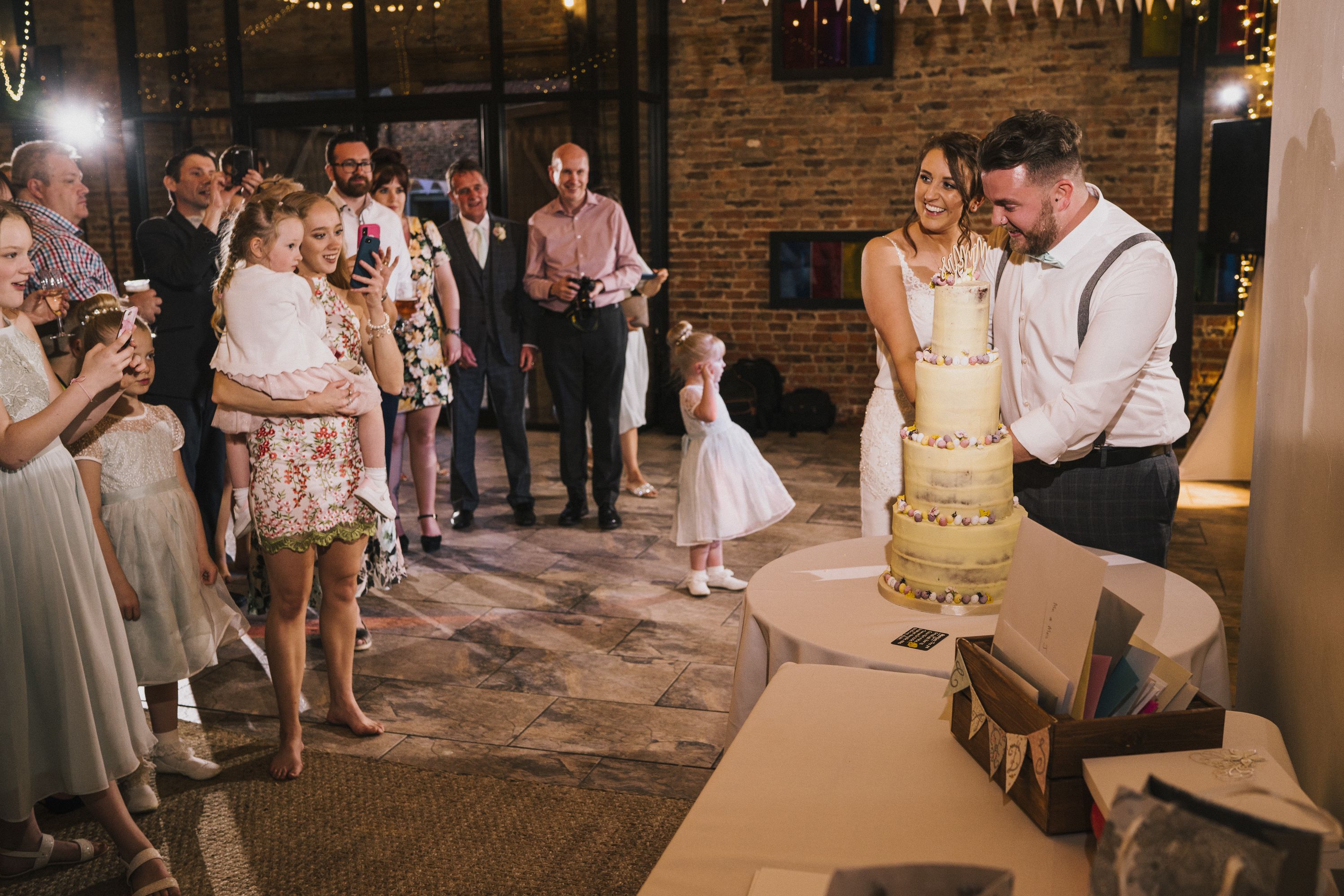 The partying went on late into the night, and even the next day, as everyone soaked up the sunshine, played party games and had the best weekend.
Congratulations Rebecca and Jonathan, and we wish you all the happiness in the world on your adventure as Mr and Mrs Ward!