Caroline and Nick are the perfect match, and after 6 years together, their big day finally arrived. The September sun was shining as our Bride and Groom got ready in the Manor. Nick is a Royal Marine and looked incredibly dapper in his Naval uniform. Caroline wore the most stunning lace gown with trailing veil which suited her perfectly. The dusky pink of the bridesmaid’s dresses was picked out in the bouquets and floral arrangements which decorated the church and the Lych Gate, and the huge displays on each table in the Wedding Barn, which were gorgeous. 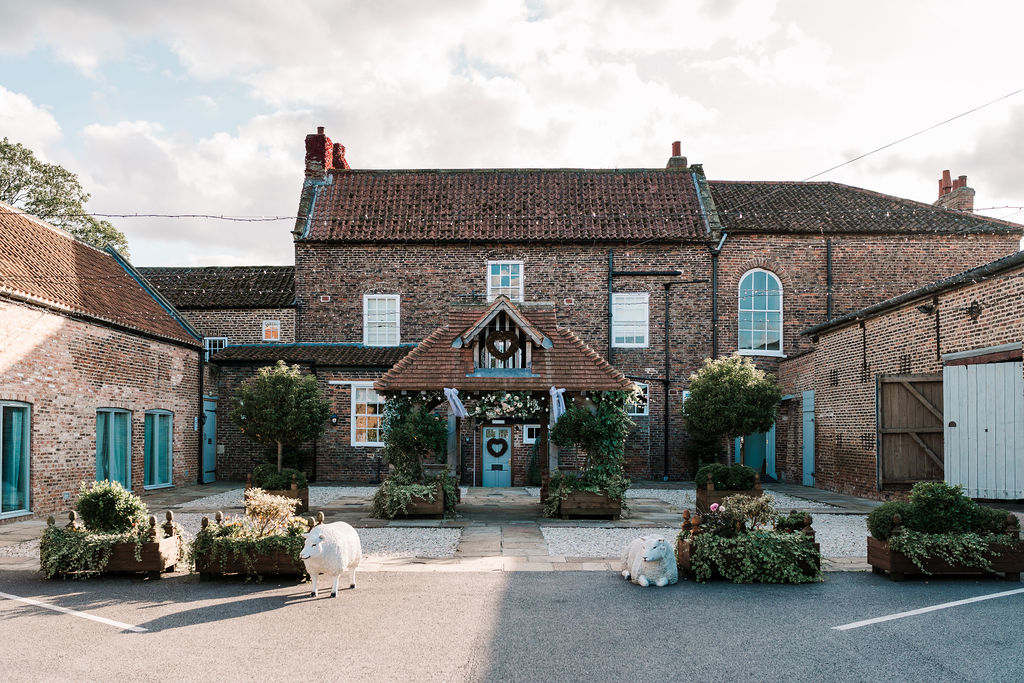 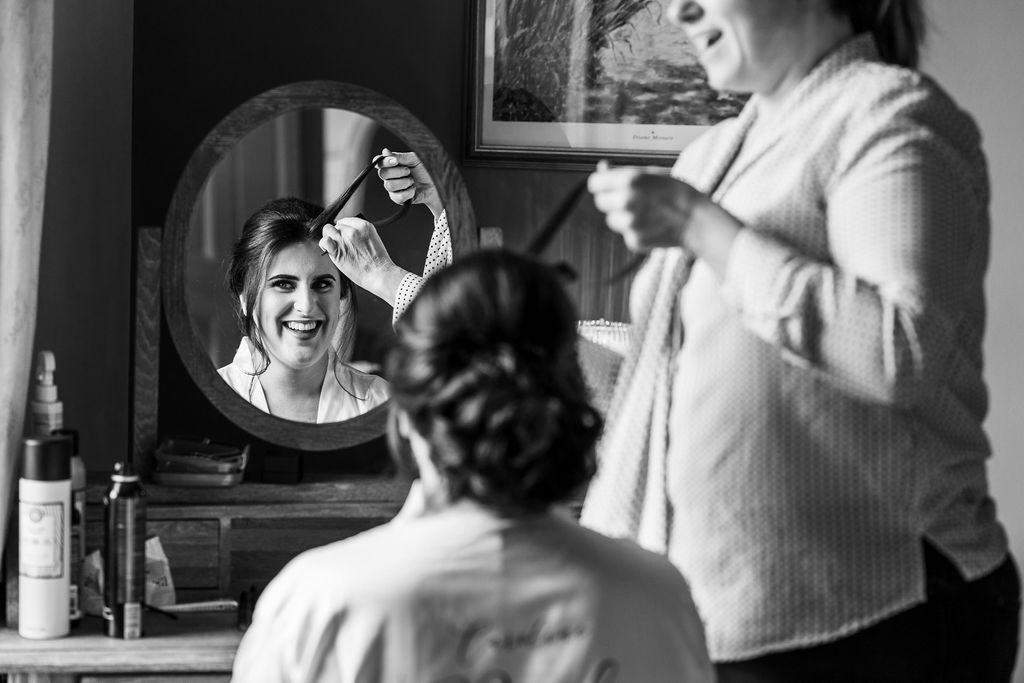 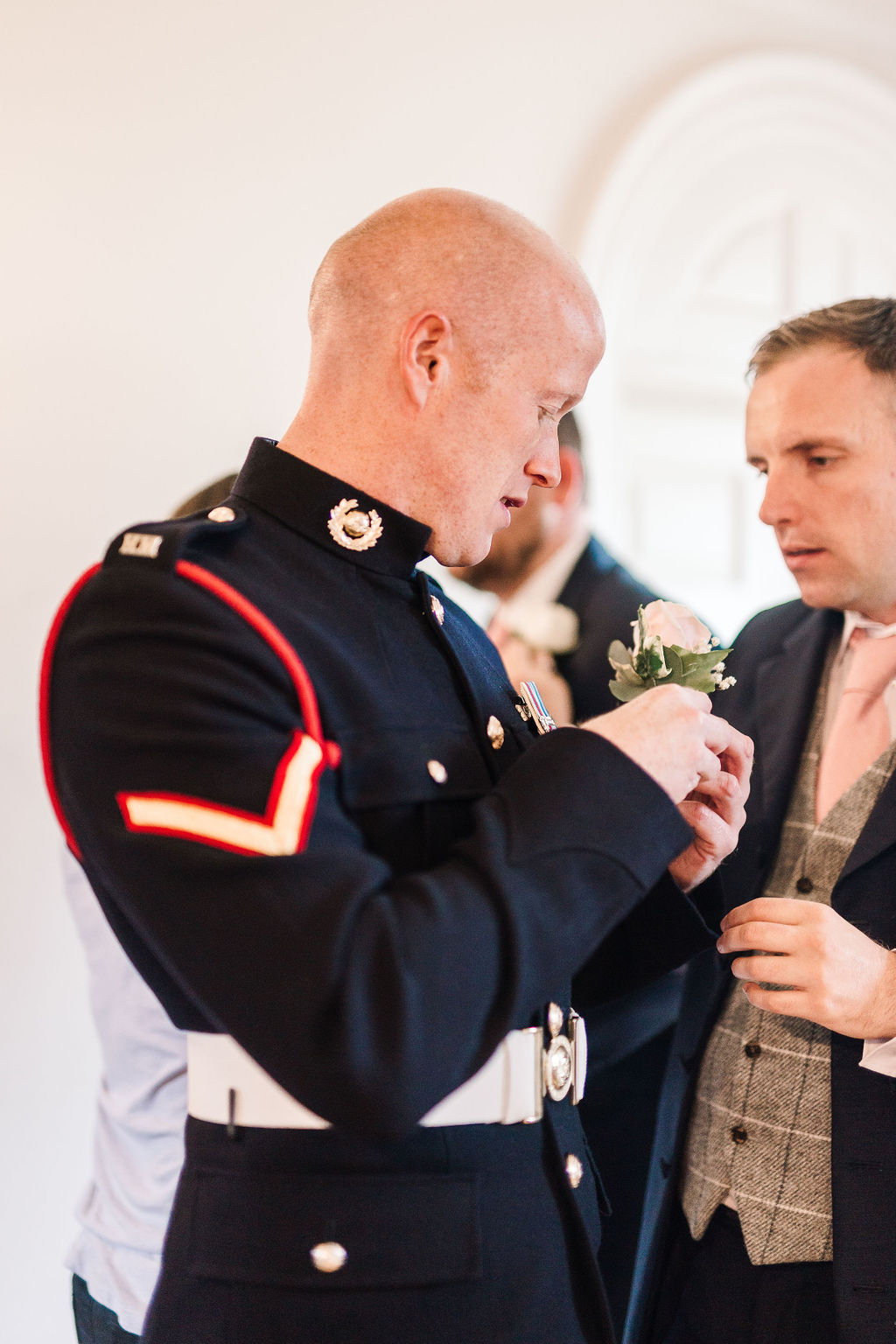 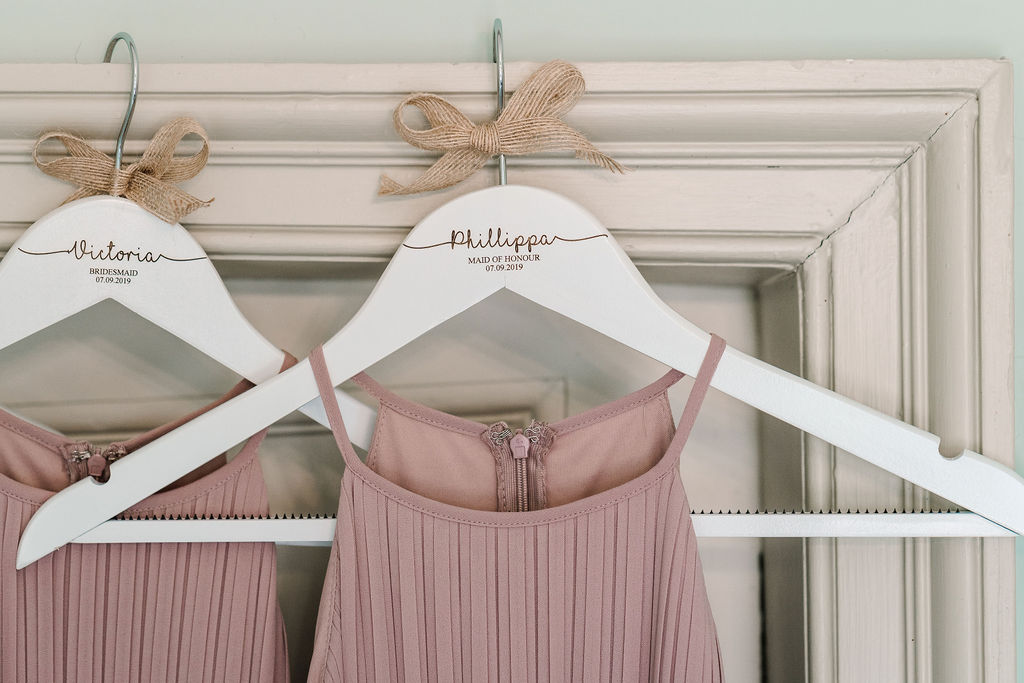 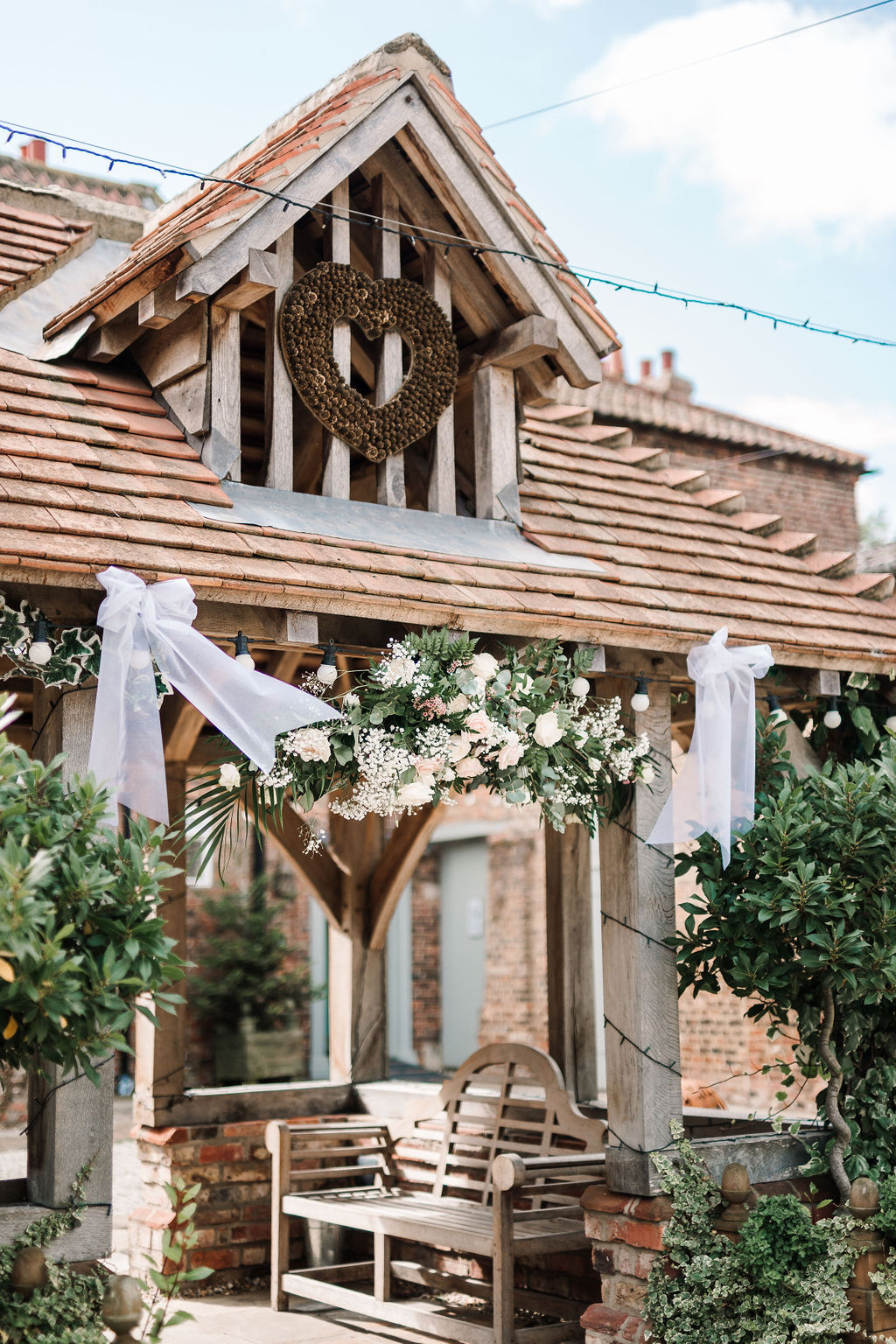 A beautiful vintage cream Bentley brought the newly weds back from church and they joined their guests on the front lawn where they were treated to prosecco, delicious canapes and even serenaded by Chris Moretti and his acoustic guitar. The wonderful Ed and Penny of Silver Sixpence Film & Photo captured Nick and Caroline in the most stunning sunlight as it shone through the trees, and the photos are just to die for. 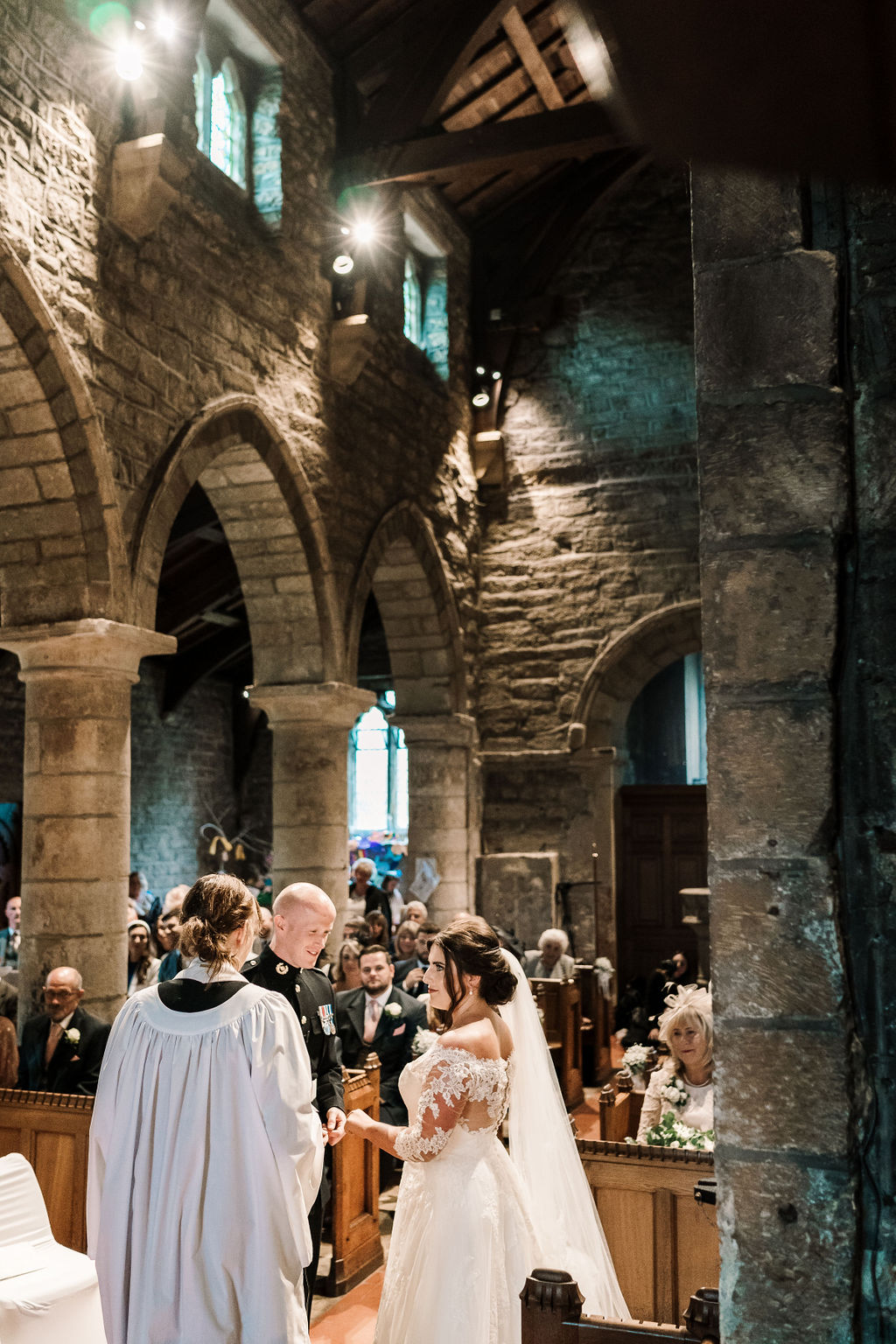 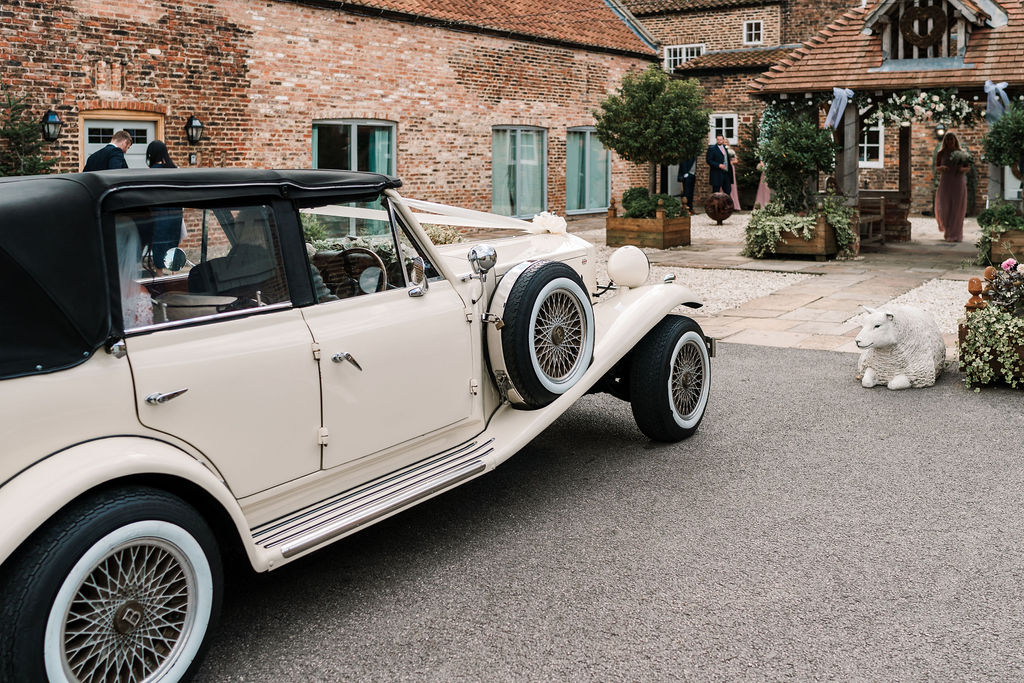 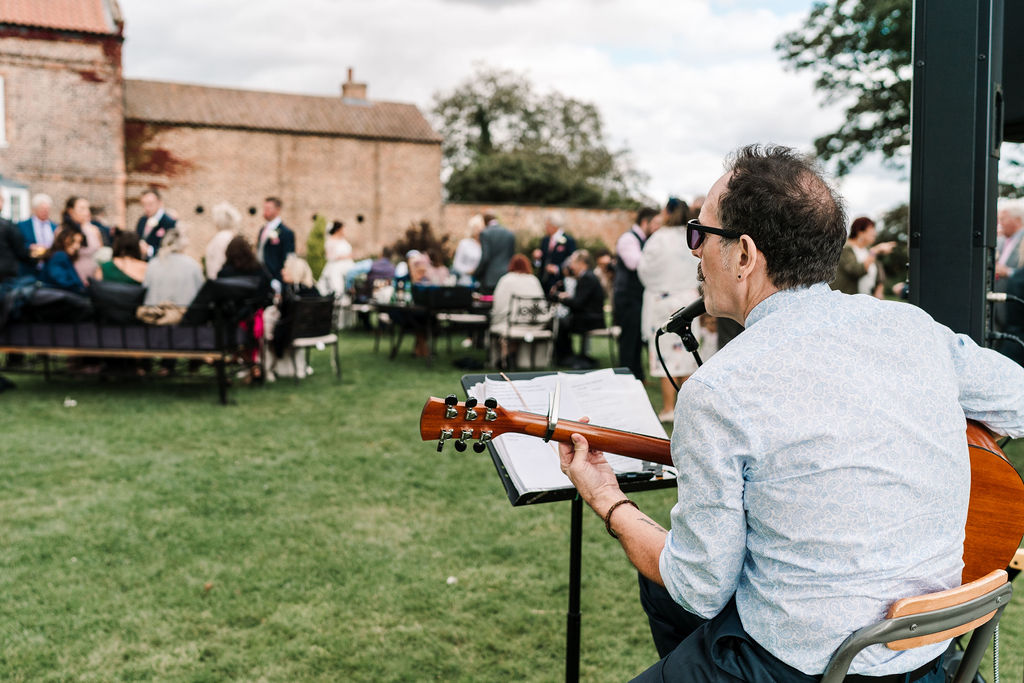 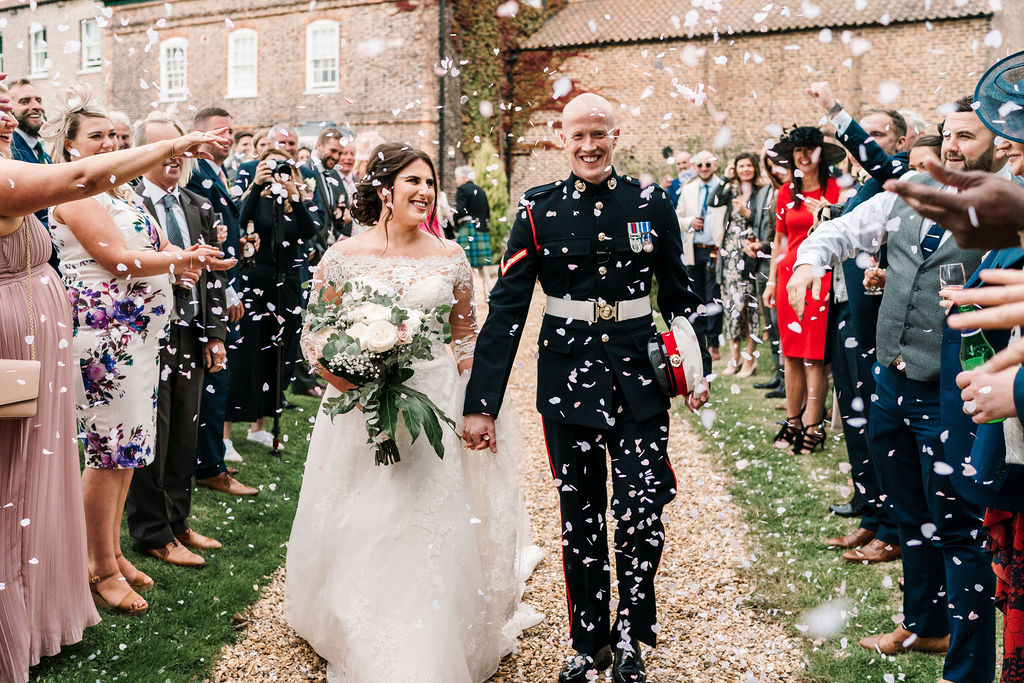 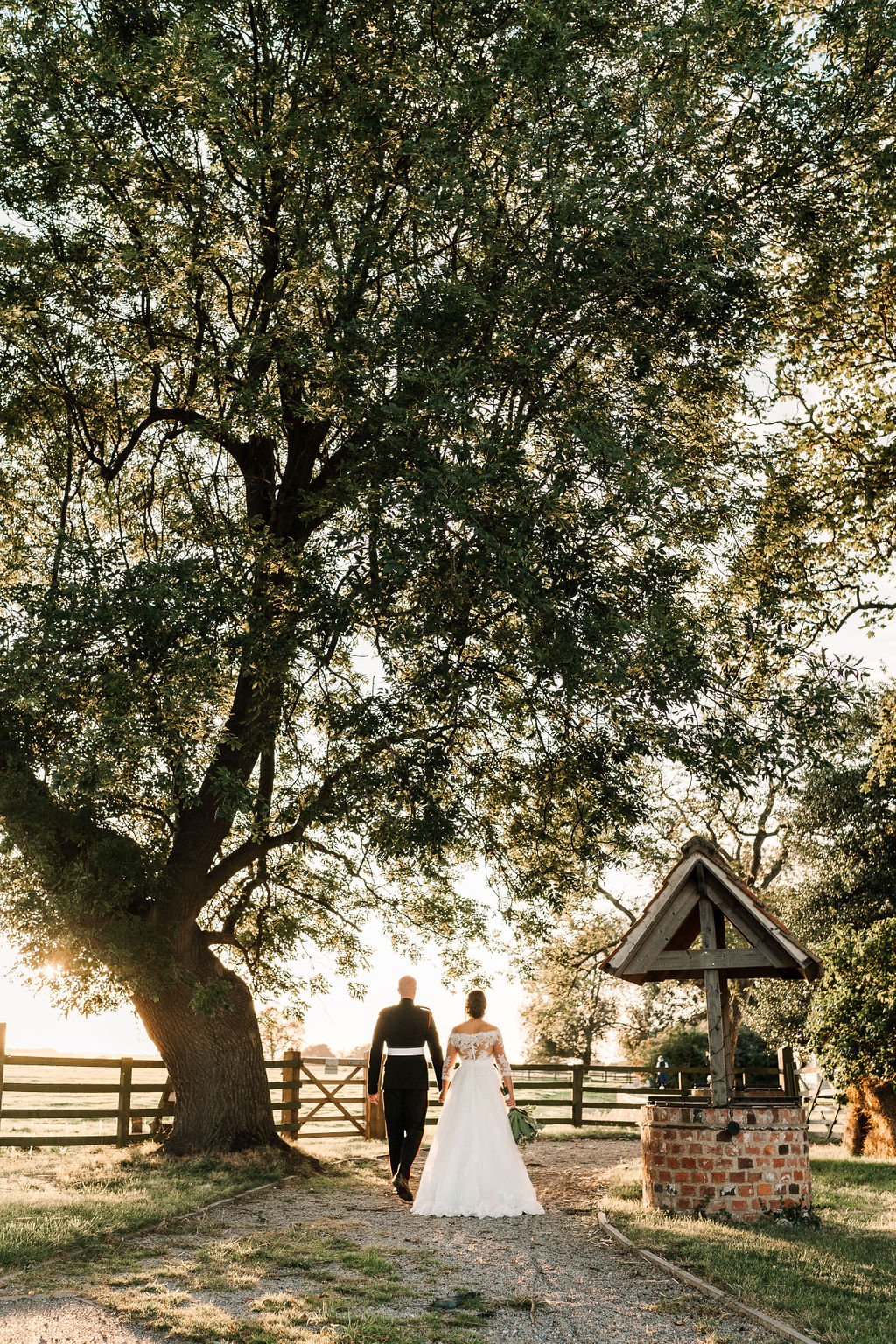 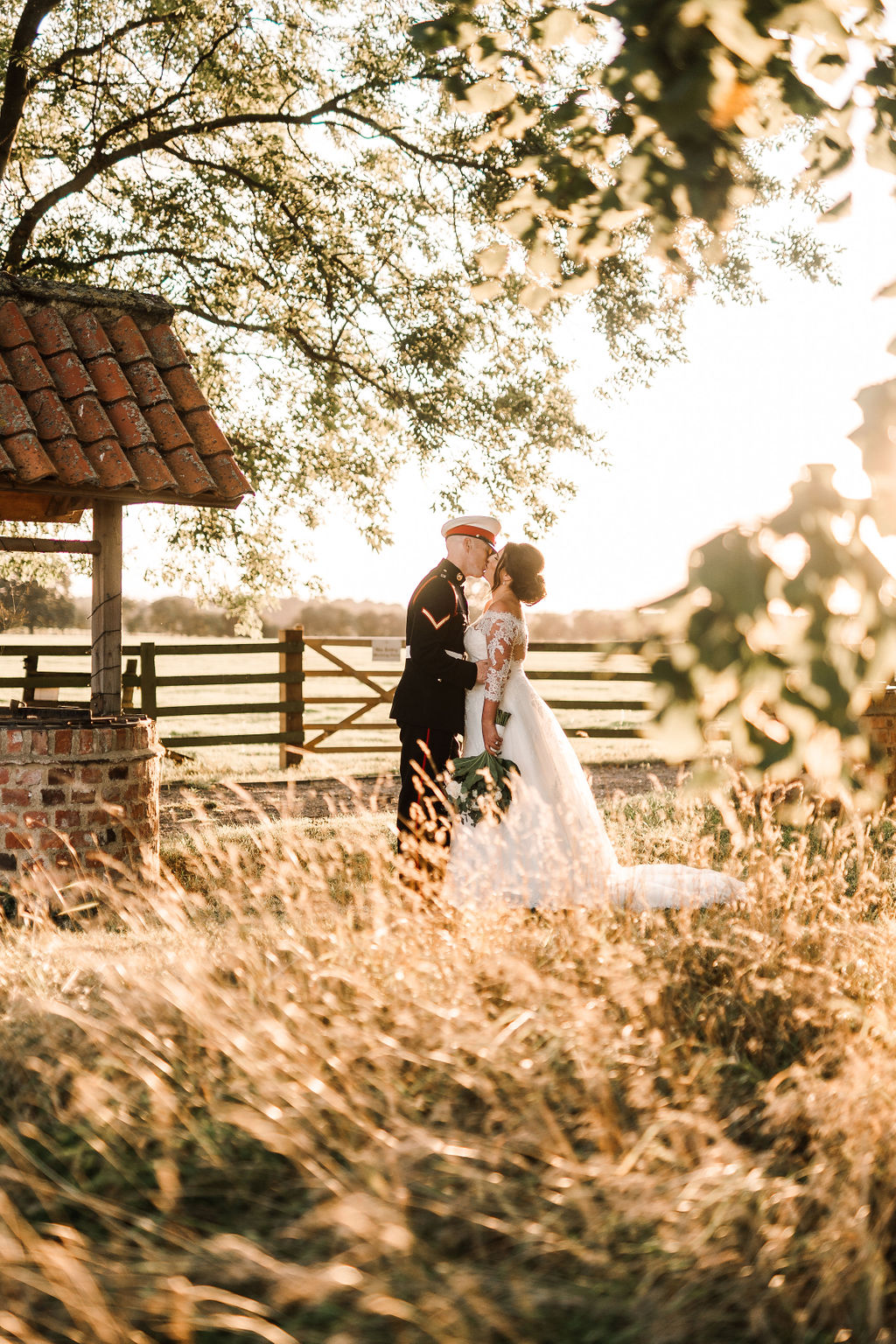 When guests made their way through to the Wedding Barn, they were greeted with twinkling lights, huge floral displays in tall glass vases and a scratch card favour at their place setting. Nick’s friend is an incredible magician and he wowed the room with his mind-boggling magic while everyone chatted away. 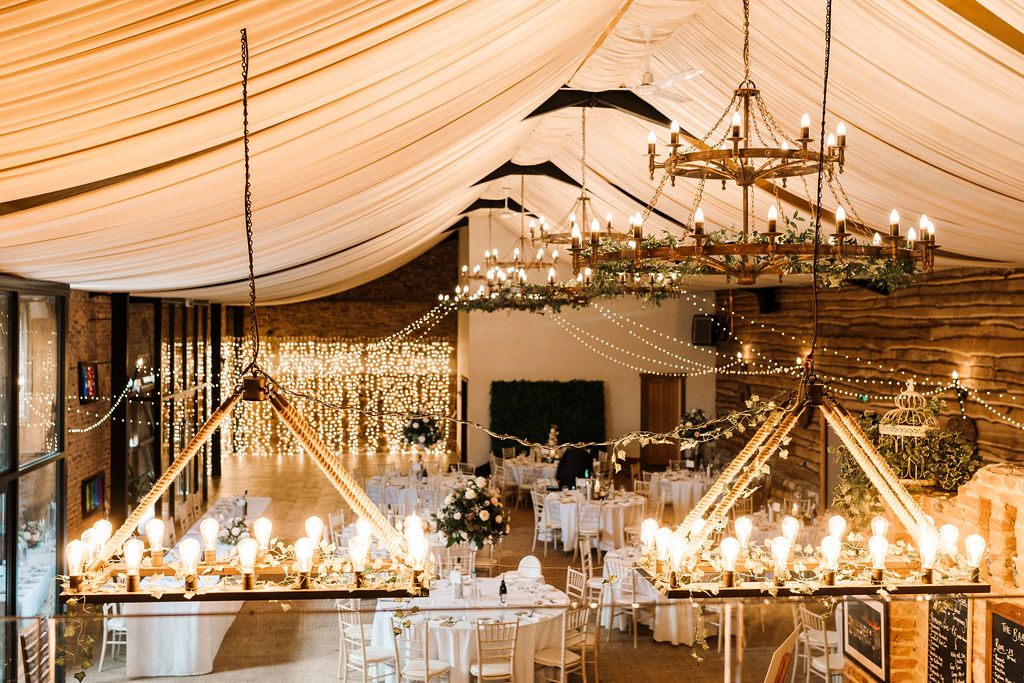 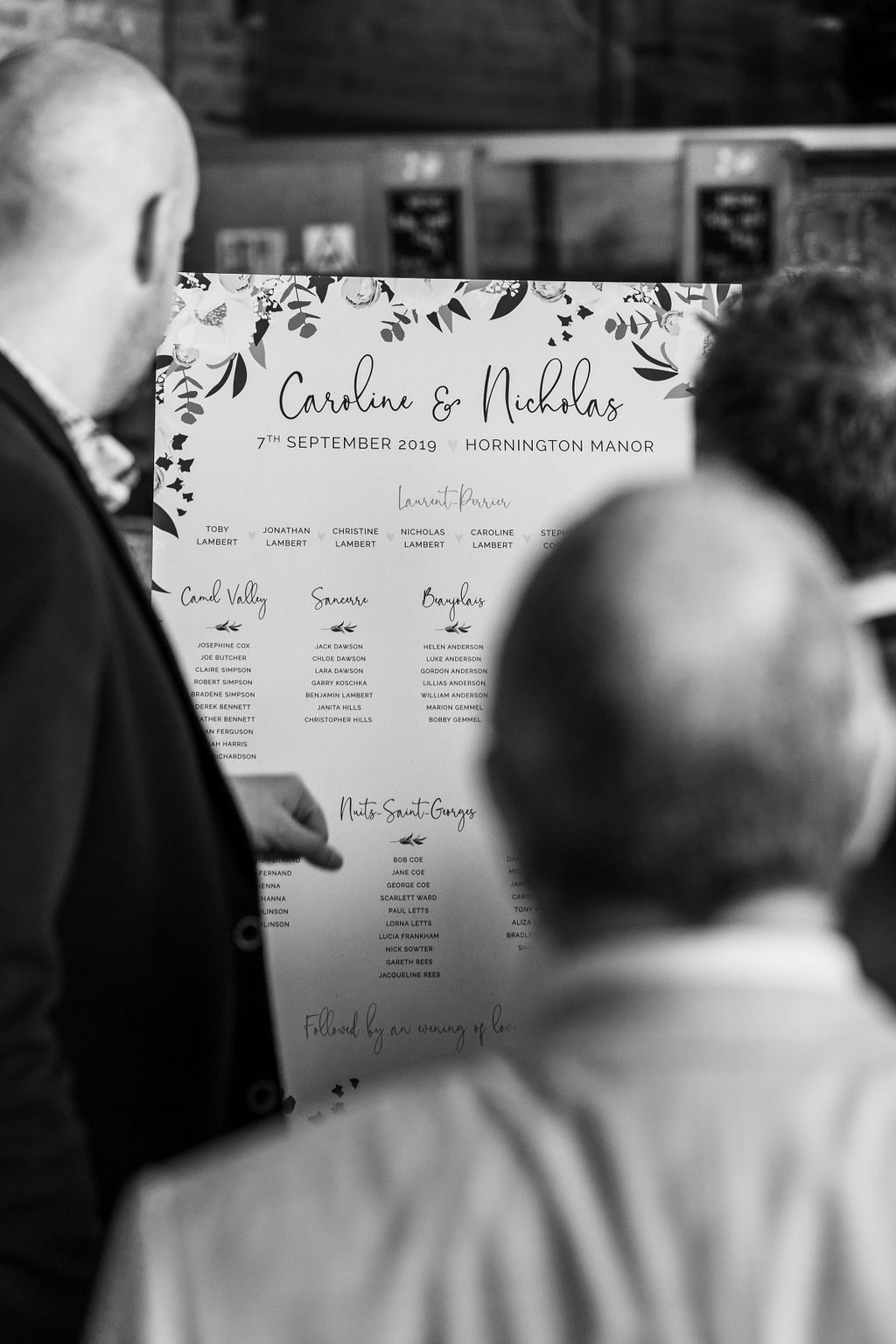 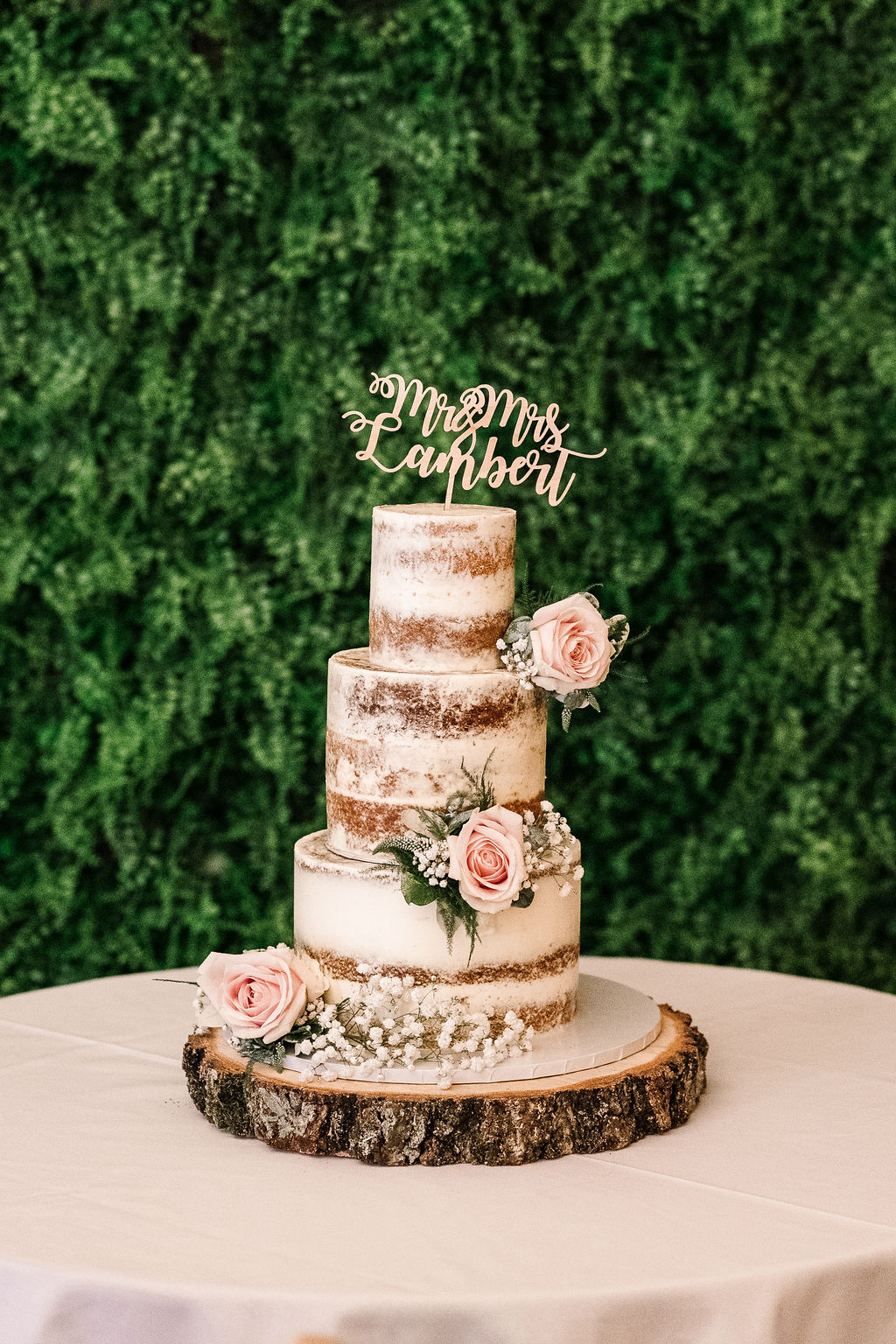 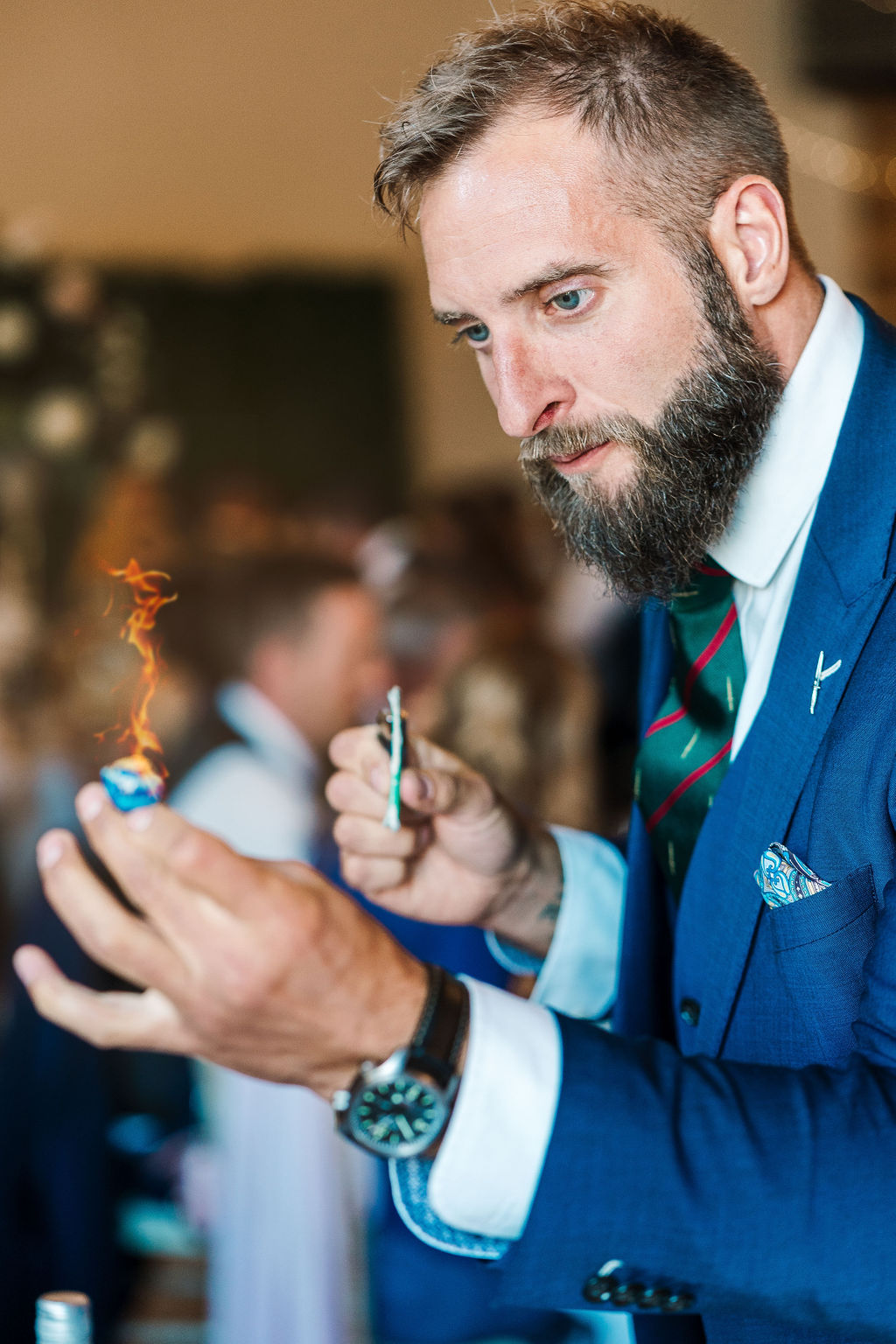 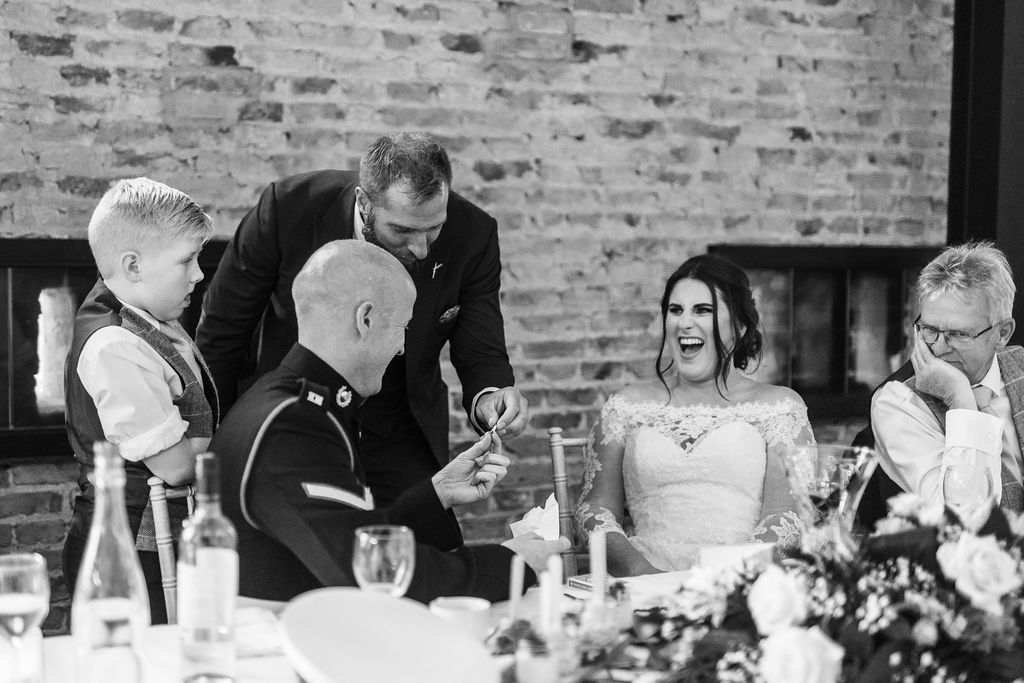 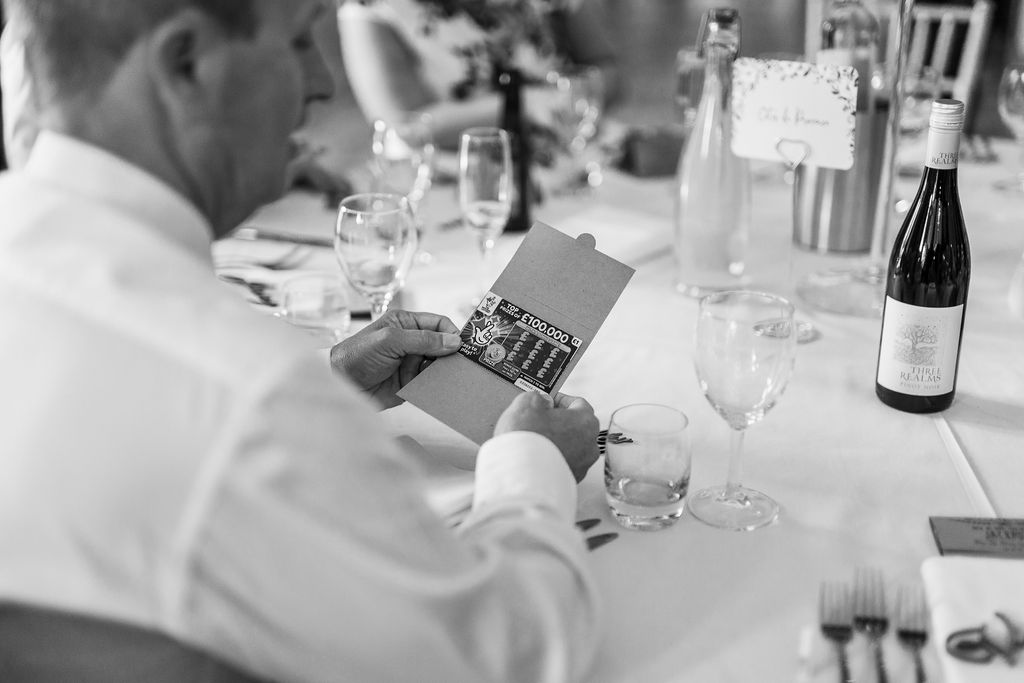 Soon time for the speeches, and Caroline’s dad Robert, and her step-dad Steve both spoke of how proud they were of their daughter and so thrilled she was marrying the love of her life Nick. Our Groom then took centre spot and thanked Caroline’s parents for welcoming him into their family, and his own parents for molding him into the man he is today, with a special thanks to his dad for encouraging him into his first marriage, to the Royal Marines, which is one of his proudest achievements! He asked everyone to stand to raise a toast in honour of the time he spent serving his country- ‘Never above you, never below you, always by your side. To the Queen’. 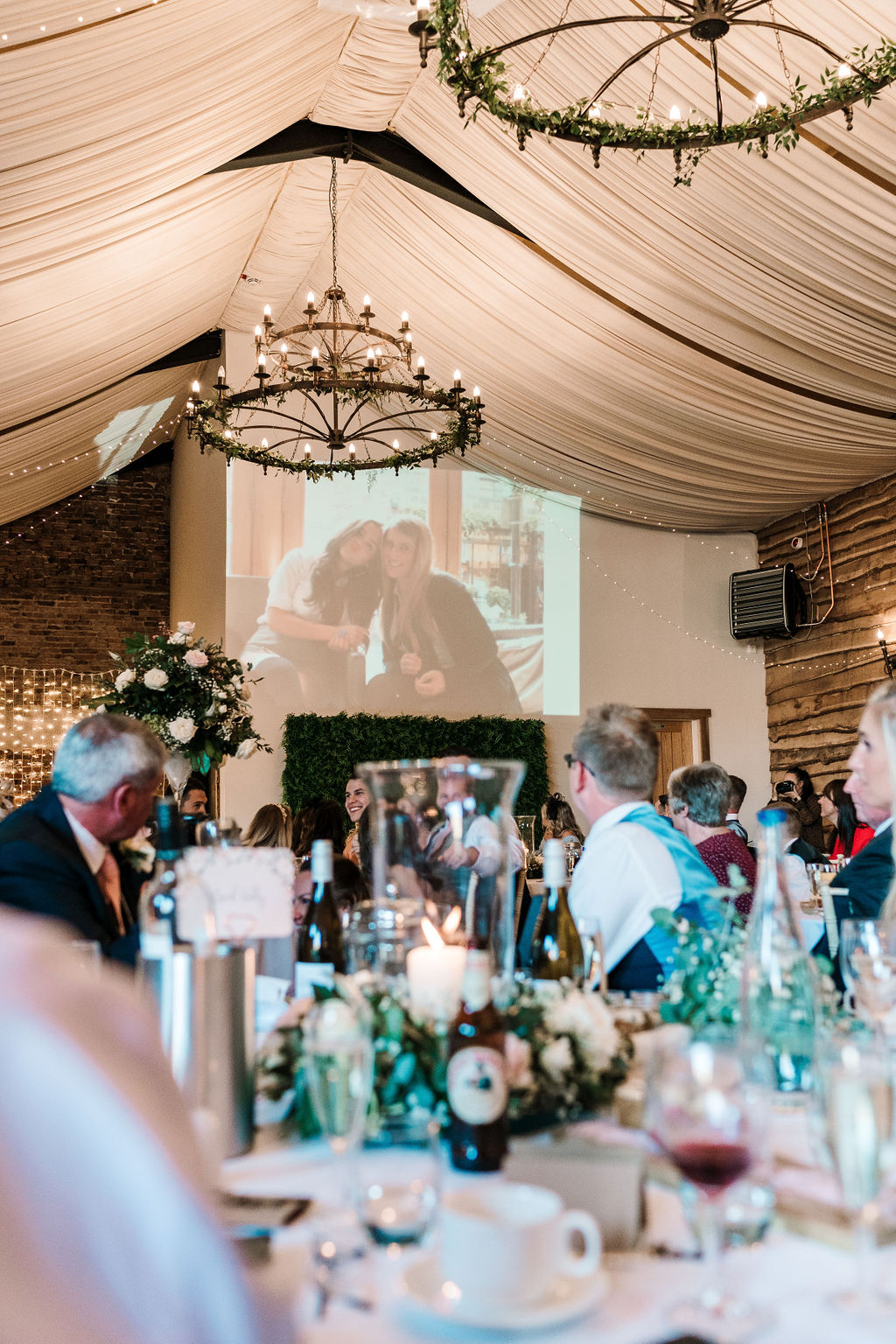 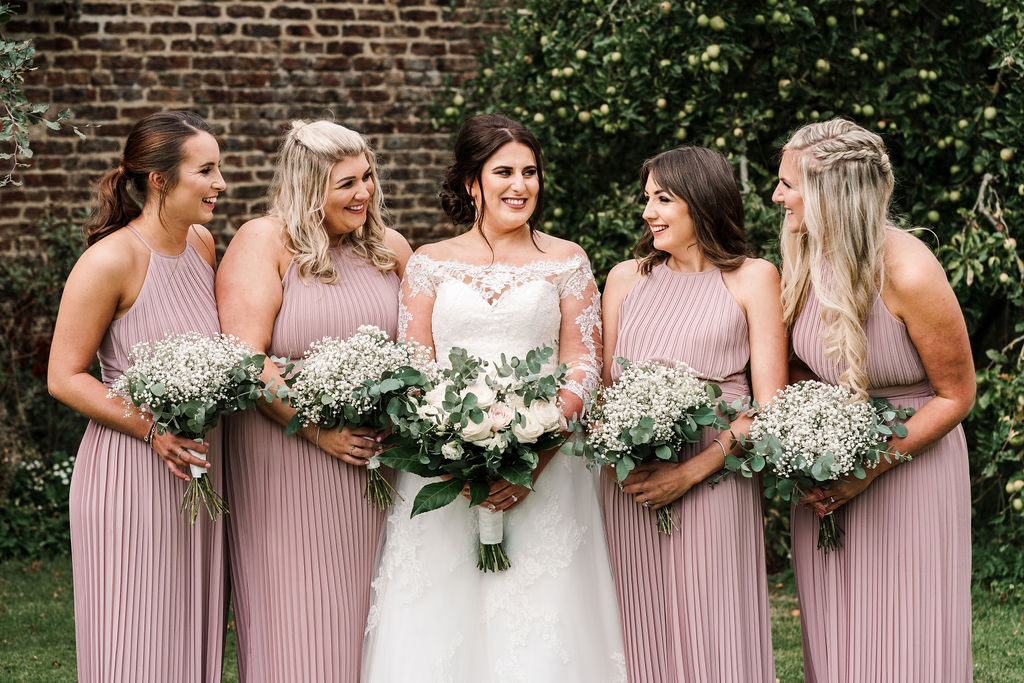 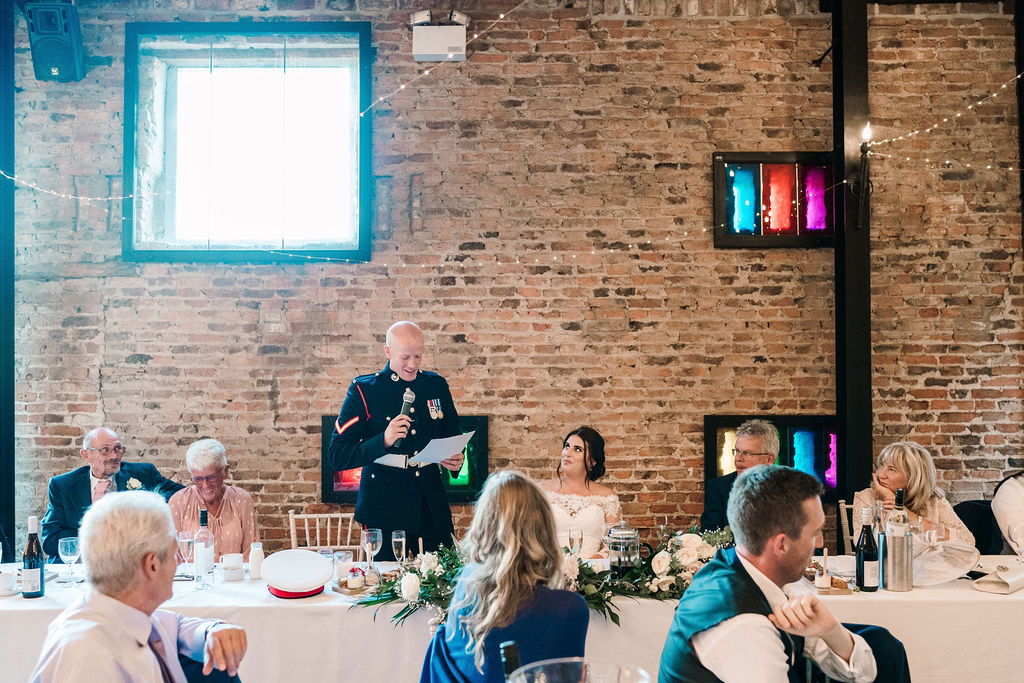 Nick thanked his Wife for becoming his Happily Ever Efter, and described her as his best friend, who inspires him every day. She is amazingly talented and has made him laugh and love life for the past 6 years. Caroline is a wonderful step-mum to their son and Best Man, of course, Toby, who looked incredibly smart and handsome in his suit. Finally it was the turn of Nick’s other Best Man, James ‘Devo’ Develly, who was to thank for the fantastic stag do in Krakow, who thinks of everyone else before himself, who is always there for Nick and especially Toby when Nick is working away, and who also shared lots of embarrassing stories about Nick and their long friendship! 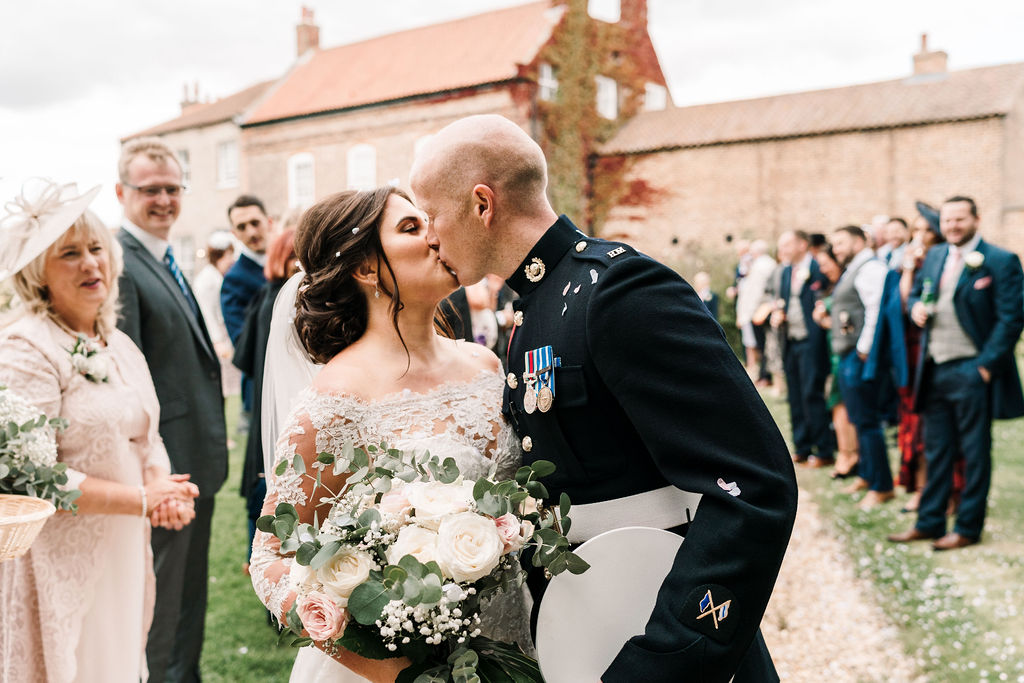 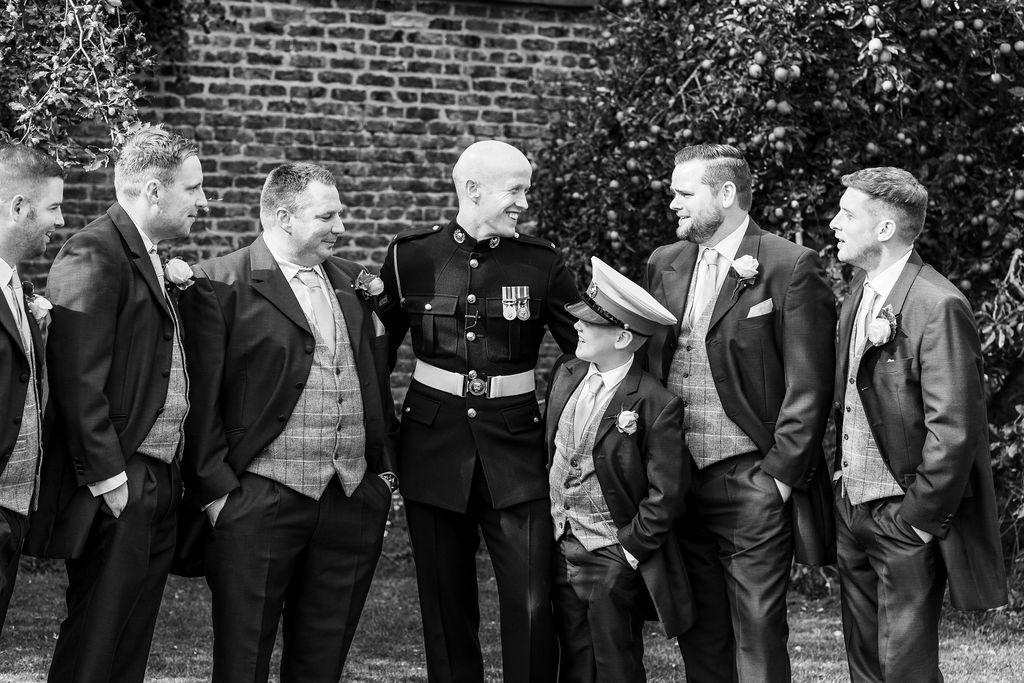 It was such a special day to be a part of and we are over the moon that Nick and Caroline have become Husband and Wife. We wish you all the luck and love in the world on your next adventures together. 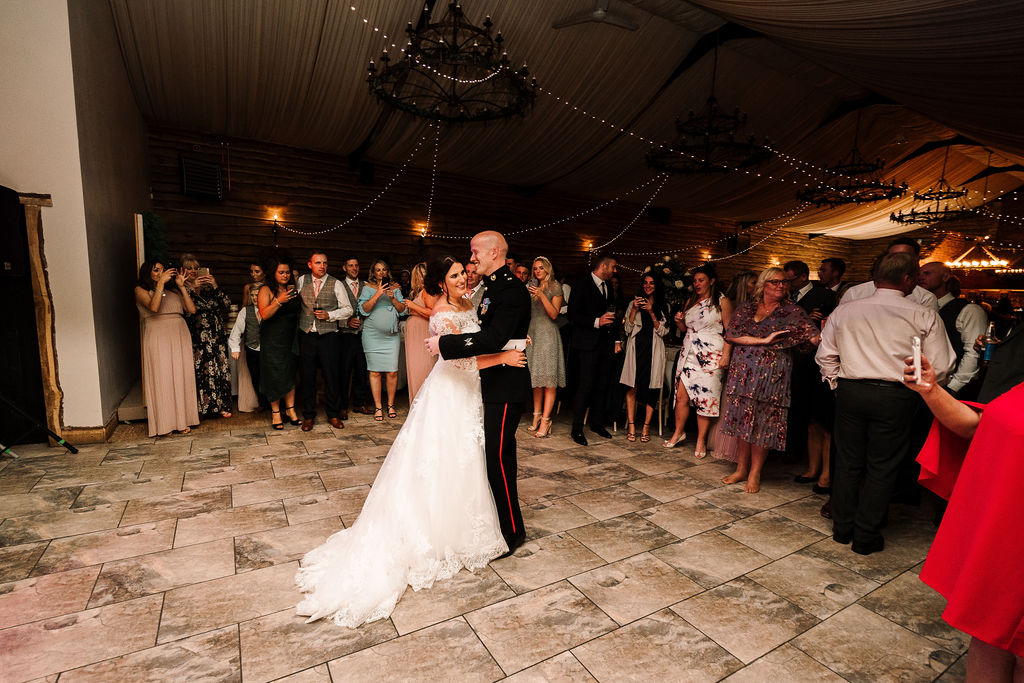 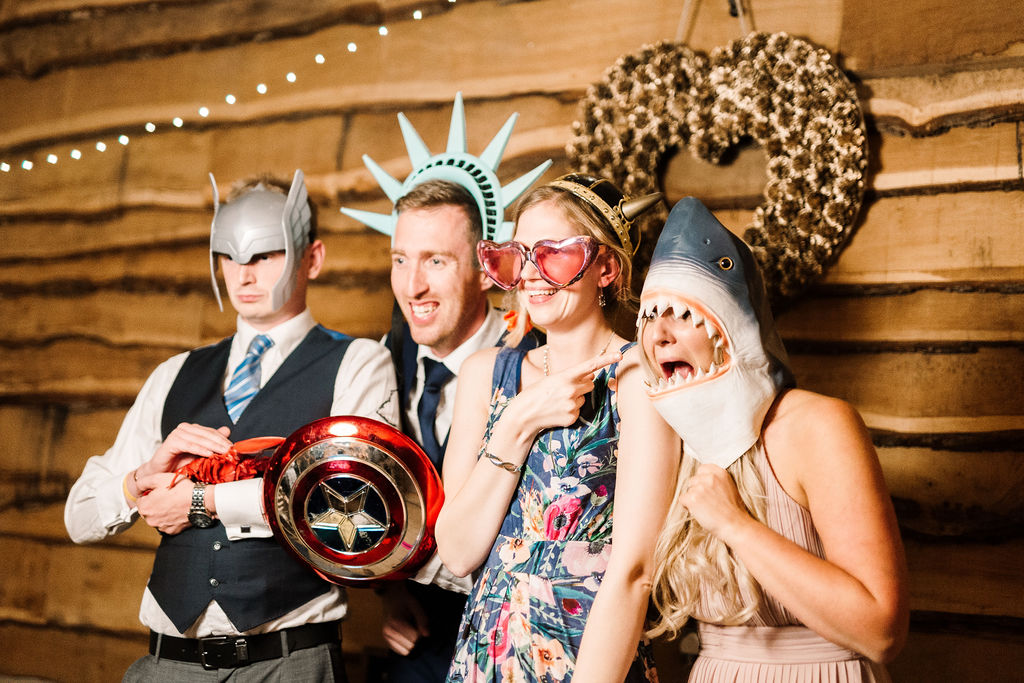 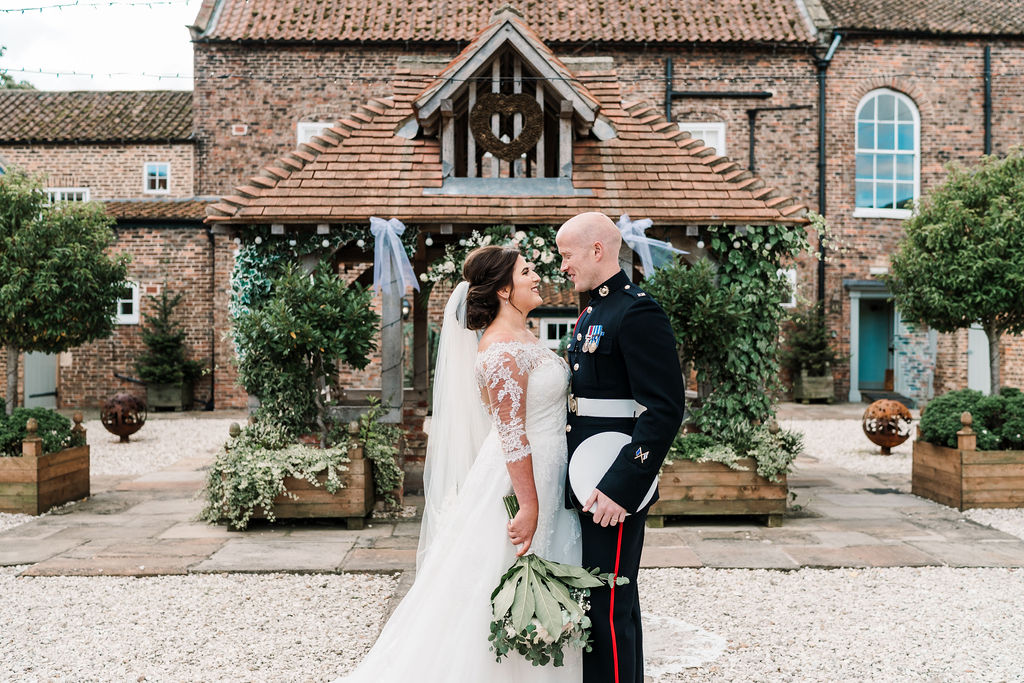