Angela is originally from York, but now lives in Coventry with Toby. She is a very busy lady as she organises foreign student exchanges, meaning she is often out of the country with work in China, Japan and Singapore. Organising her wedding was a whirlwind experience due to work commitments but certainly not lacking in thoughtfulness and creativity because of that fact.

Angela’s bridesmaid rang me initially to enquire about Hornington Manor on her friend’s behalf. I think Angela and Toby would still be in the thinking stages yet friends and family thought it was about time that they got married after so many years together.

Angela was so laid back and happy every time we spoke and indeed booked Hornington Manor before she even came to visit, after several phone calls for details about the place.

The big day arrived and a relaxed Toby went out shopping for his wedding ring, whilst Angela put the finishing touches to the tables with her bridesmaids.

It was the most beautiful day, perfect for their outdoor civil ceremony so the best man and I set about arranging the seating for the 3pm. 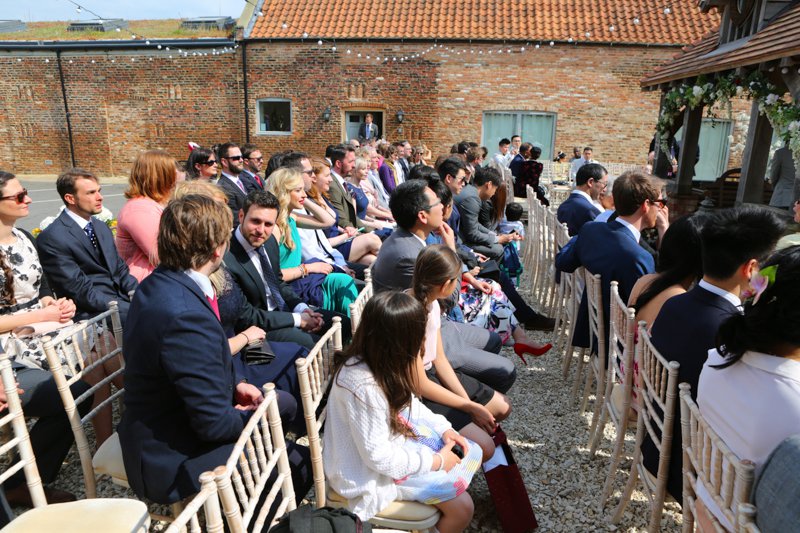 The service was a lovely, emotional affair, albeit a little late as the page boys decided to have a game of hide and seek (fed up of waiting around I suspect) just before they had to be in position to walk down the aisle. 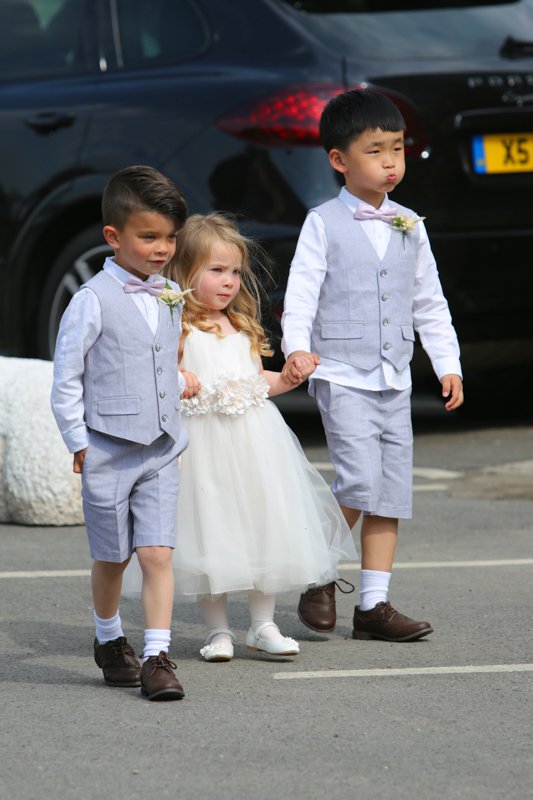 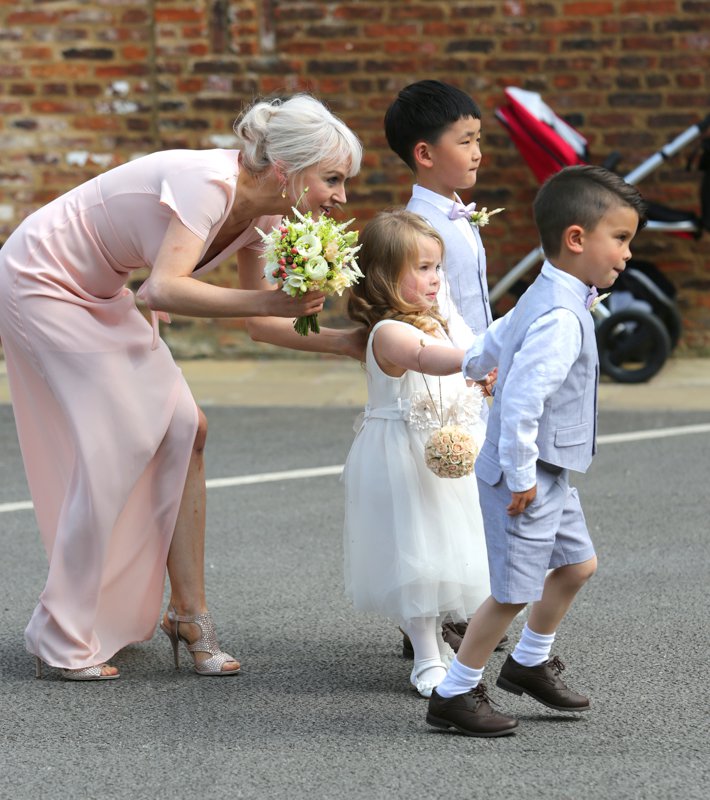 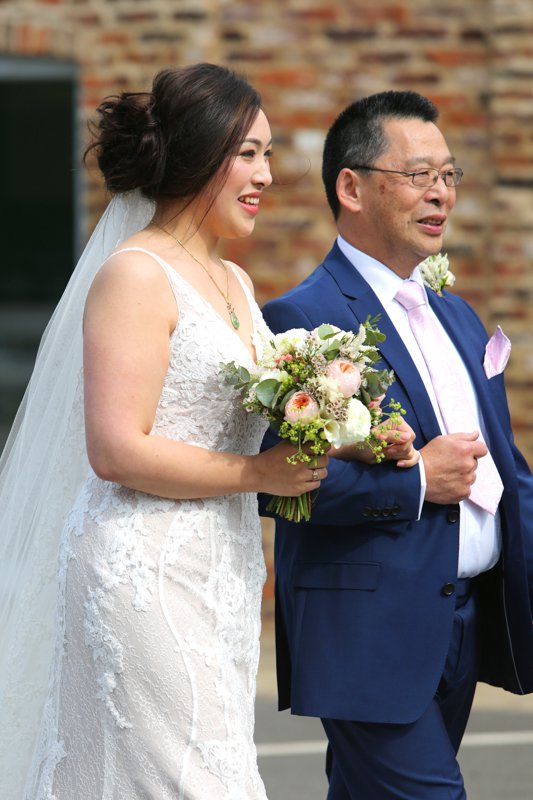 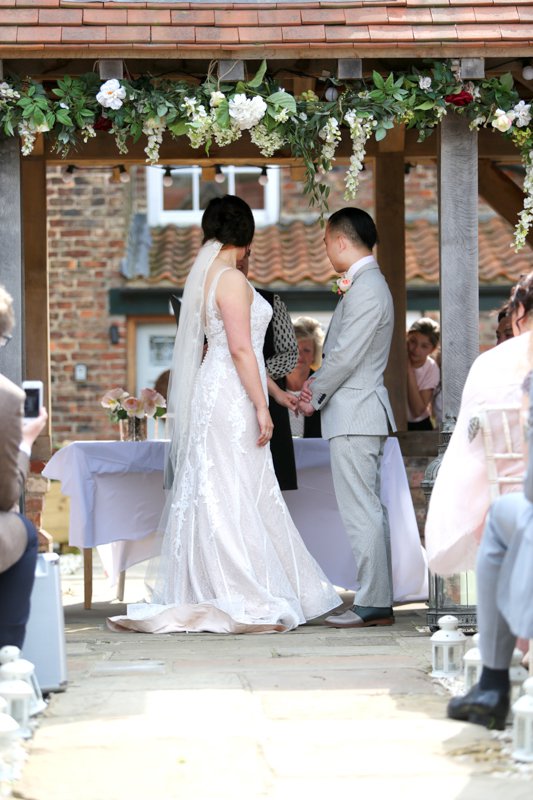 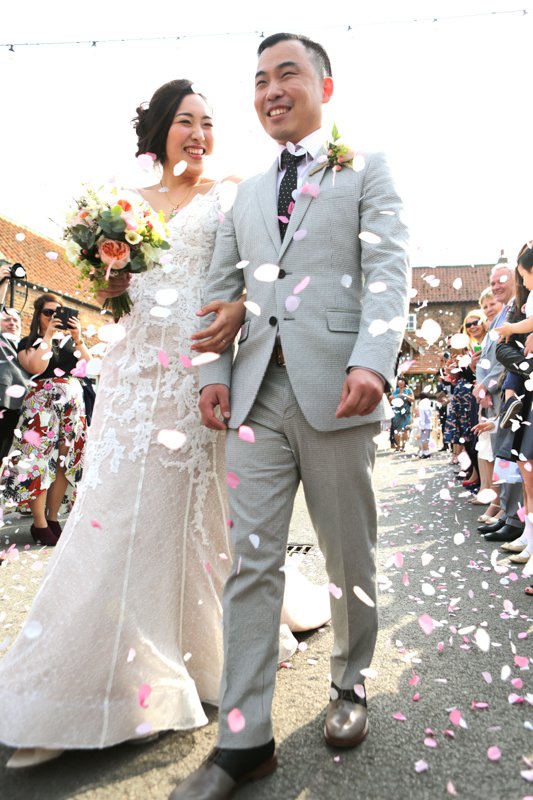 The food was absolutely stunning as ever from Friends for Dinner, with drinks and canapes being served on the front lawn by the girls. This was a great opportunity for Angela’s photographer and an enthusiastic guest that had brought a drone with a camera on it, to take some aerial shots. 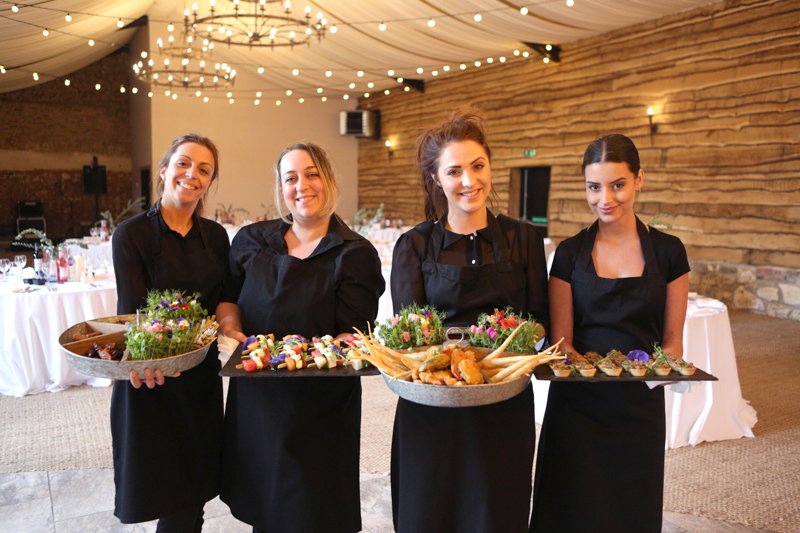 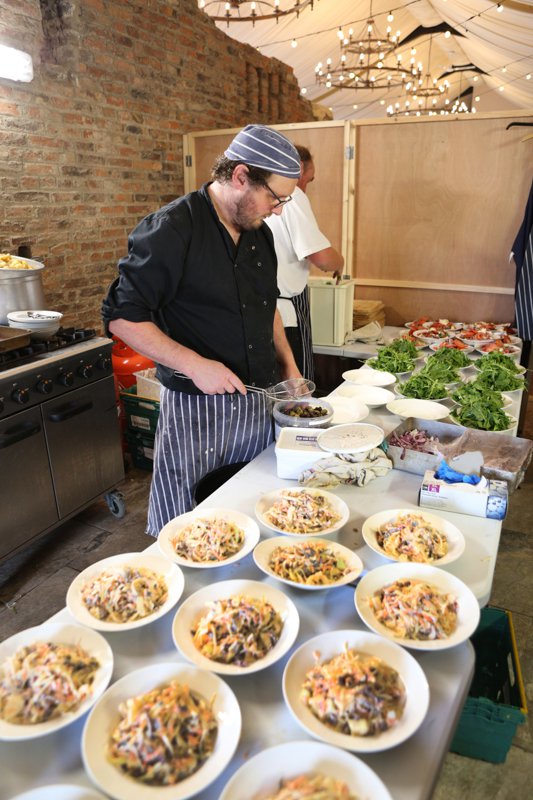 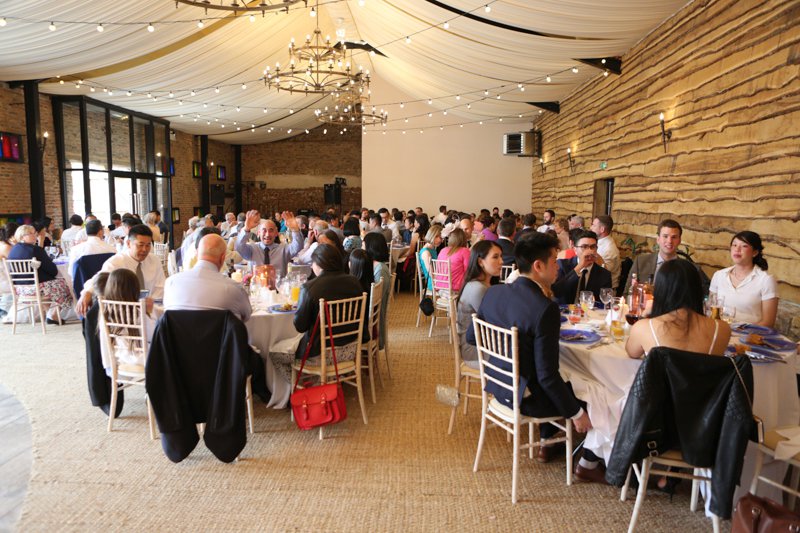 The entertainment from The Players was a huge hit – Simon and Amanda’s favourite band yet!

The evening drew to an end, and a happy bride and groom retired to the Manor to enjoy a few more drinks and songs with their guests, followed by a good night’s sleep and more importantly, a long lie in in the morning.

On Sunday, Angela and Toby’s bridesmaid, who had found Hornington Manor for Angela, came for a BBQ as she sadly couldn’t make it to the big day. They had a rerun with everyone getting back into their wedding outfits! Angela said the photos were fabulous and she was thrilled to be able to wear her beautiful gown again.

Come Monday morning, everyone was so sad to leave but excited about the 10-man camping experience they had planned in Angela’s parents’ back garden as a ‘mini-moon’, with great expectations from the weather. Fingers crossed!

Angela sent us a really lovely message after the wedding….

I don’t think it’s possible to put into words how magical Hornington Manor is as a venue or how amazing and genuinely lovely Jo, Simon, Amanda and the rest of the Hornington team are.

We first visited Hornington Manor back in January and immediately fell in love with the place. It was actually the house that was the main draw as we were looking for somewhere where we could relax and really enjoy our friends and family’s company for a little longer than just the wedding day. The house is grand yet cosy at the same time, with lots of areas to chill out and dine together (inside and out!). The rooms are all furnished to the highest standard and you’ll be sure to get a good night’s sleep on the super king size beds.

We held our ceremony out in the courtyard under the lychgate (luckily it was sunny) and continued our celebrations into the converted barn. The barn itself is really impressive with its high ceilings and stunning chandeliers, along with a well stocked bar which has some very cool vintage style lights and bar stools. You have to visit to really appreciate the place!

Leading up to the weekend Jo was fantastic and super efficient at getting back to emails and calls. She went out of her way to ensure that we had everything we needed and nothing we asked was a problem. On the day of the wedding Simon was our toastmaster, photographer, barman, basically everything you needed rolled into one. There was no doubt so much more that went on behind the scenes so that the day went smoothly and we can’t thank Hornington enough for helping us to create such special memories. We will most definitely be visiting again in the future!